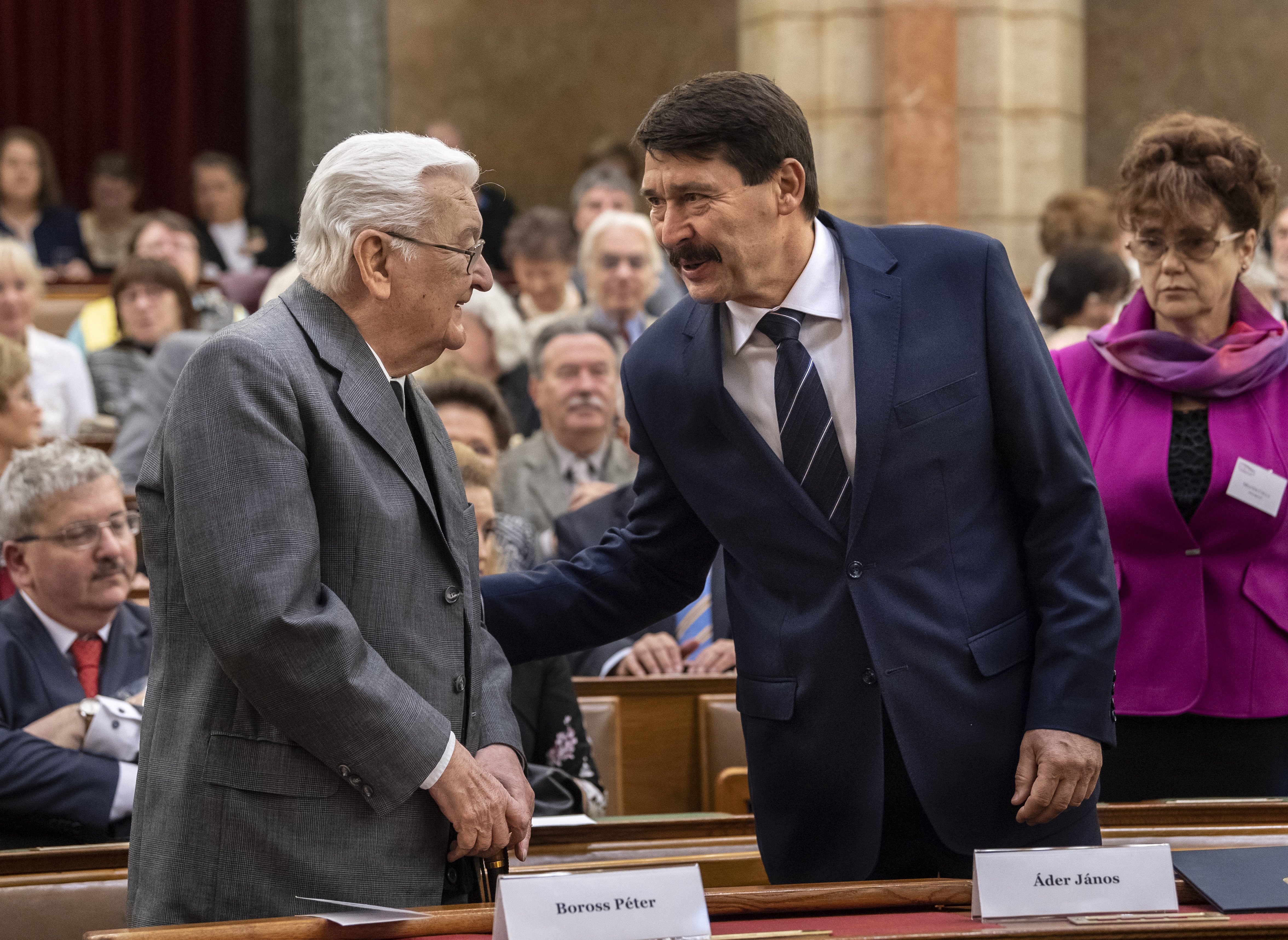 "The Holy Crown is much more than a work of fancy jeweler, a source of justice, a symbol, a relic, not just an object but an idea, brings our strengths and weaknesses, witnesses of our struggles, tires for our common destiny, proudly mark our profession , reminds us of our national unity "President Janos Arder at a conference on the Holy Crown on Tuesday in Parliament.

The history and role of the Holy Crown and the crowning badges in the 20th century , stressed the head of state

In the Hungarian tradition there is an old belief that the Holy Crown is far more than a work of fancy jeweler. Source of resources, emblem, relic

He sees the rigorous story as a compound of bright moments and vicissitudes, but the role of the Holy Crown is greater and more complete than "the story of the matter from birth to the dome of parliament.
The Hungarian crown had to be destroyed in many crises, on the throne, in a military cataclysm, "but one of Europe's oldest sovereignty remained," he said.
Janos Áder stressed that, given the common sense of science, it is no exaggeration to say that "keeping the Holy Crown is a real miracle," one of our most wonderful common wonders is that "we have a partner in the glorious and less glorious times" and " bear all his feelings and joy, all his temptations and continuation. "

The crown is a symbol of the coexistence of a wider community in space and time, the symbol of our statehood, "not only an object, but an idea", brings our strengths and weaknesses, witnesses of our struggles, tires for our common destiny, proud of our profession , reminds us of our national unity. – said the head of state, who added that the main driver of the 21st century Hungarian people can be truly credible if his knowledge is that not only is a crown of light for us, but a credible story.

"It is good to know that in Hungarian scientific public life, this view is of utmost importance that Hungarian organizations from the profession of the historian carry the heart of research on coronation badges and that the team of the Hungarian Academy of Sciences that collects young scientists also, they find the team of Saint Crown, "she added. János Áder to thank all those who were in the custody of the Holy Crown over the centuries, and I thank those who still protect, protect and seek today.

He noted that we hope that the more detailed knowledge of our past will give more knowledge and wisdom to future generations.

Miklos Kassler, said the Minister of Human Resources in the history of history. Hungary is the only nation whose crown is not only fancy jewelry but also

The event was organized by the Verity Research Institute for Story, Directorate for Public Library and Public Education of the Cabinet of Parliament and the Hungarian Historical Society.