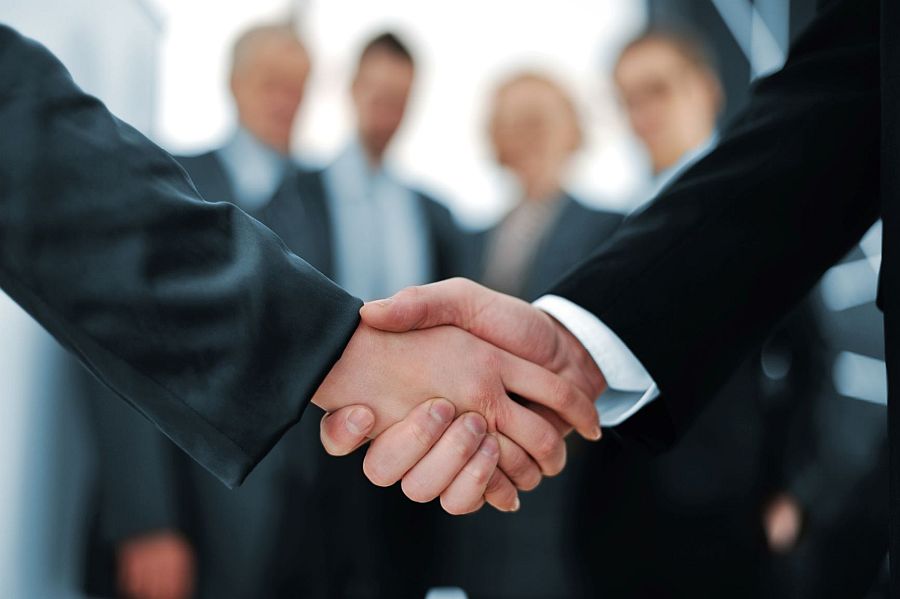 In line with the usual praise at the time, both Lisa Su and Victor Peng, who headed Xilinx and the new company’s FPGA division, welcomed the merger. By the way, the latter is not fully acquainted with AMD, where he was transferred in 2006 with the acquisition of ATI, and until 2008 he even worked there as one of the vice presidents of the GPU department. Of course, there were no long-term plans yet, one of the reasons being that it takes more than 1 year to complete the transaction. Based on Xilinx’s recent performance, the company’s annual profit could increase by approximately US $ 700 million, which could later be improved with the usual organizational streamlining, pooling of resources and synergy utilization.

Why is Go the preferred programming language? (x)
According to HackerRank 2020 research, most developers will learn Go as the latest language – let’s see why!

The main point of the transaction is that its financial side takes place through the exchange of shares, the merger is not financed by cash (and not by credit) by the buyer. This means that AMD’s current shareholders will own about 74 percent of the combined company, and Xilinx shareholders will have 26 percent (calculated at a share price of $ 143). Thus, the combined company will surely escape from debt, which in the long run and in an unpredictable economic environment could be a serious threat to AMD, which has been dancing close to bankruptcy for several years.

It is not difficult to guess which main aspects may indicate the merger. AMD server growth is significantly slower than expected. Despite the technologically advanced, highly competitive and affordable Epyc, most manufacturers and customers still prefer the well-established Xeon. Nothing shows AMD’s position better than its share of bloody sweat of just 4-5 percent gained in just over 3 years. Taking advantage of Xilinx’s leadership position and connected network of contacts, the company can try to find a way to reach potential customers with its server processors in alternative ways.

A well-known flagship for the use of FPGA in the data center is Microsoft, which started preferring Xilinx chips two years ago. The Redmondians began experimenting with programmable arrays of logic gates years ago. After exceeding Bing Search expectations, Azur was later hit by the FPGA fever, where Microsoft deployed reusable chips to more efficiently manage network traffic in the cloud. This was followed by Project Brainwave, in which the company hired arrays of real-time AI processing ports. The machine learning system consists of three parts of which the DNN engine was fully synthesized in FPGA.

Although these are layered products, after the merger, after Intel, AMD will also offer CPU-FPGA hybrids for servers. FPGAs (Field Programmable Gate Array) are circuits whose logic blocks can be programmed with the help of software, even after production or even installation. These chips are a kind of middle ground between application-specific circuits (ASICs) and general-purpose processors. The advantage of FPGAs over ASICs is their free programmability, the burn-in algorithm can be modified at will, but in return they have lower performance, but are usually still faster and more efficient than running the general-purpose processor algorithm. . Such chips are also widely used in research and development, for example, a prototype USB controller is first born on an FPGA and then placed on a fixed semiconductor. The disadvantage of FPGAs is that they work with low clocks and their cost of production is usually many times higher than that of conventional circuits.

For AMD, FPGAs are not expected to generate the most revenue in the PC market in the foreseeable future. So far, only Apple has tried a similar fake product for the new Mac Pro, for which an FPGA called the Afterburner Card is available as an option (in exchange for $ 2,000). The special card primarily accelerates Apple’s own software (Final Cut Pro X, QuickTime Player X), thanks primarily to the development of the company’s hardware and software working together in one hand. 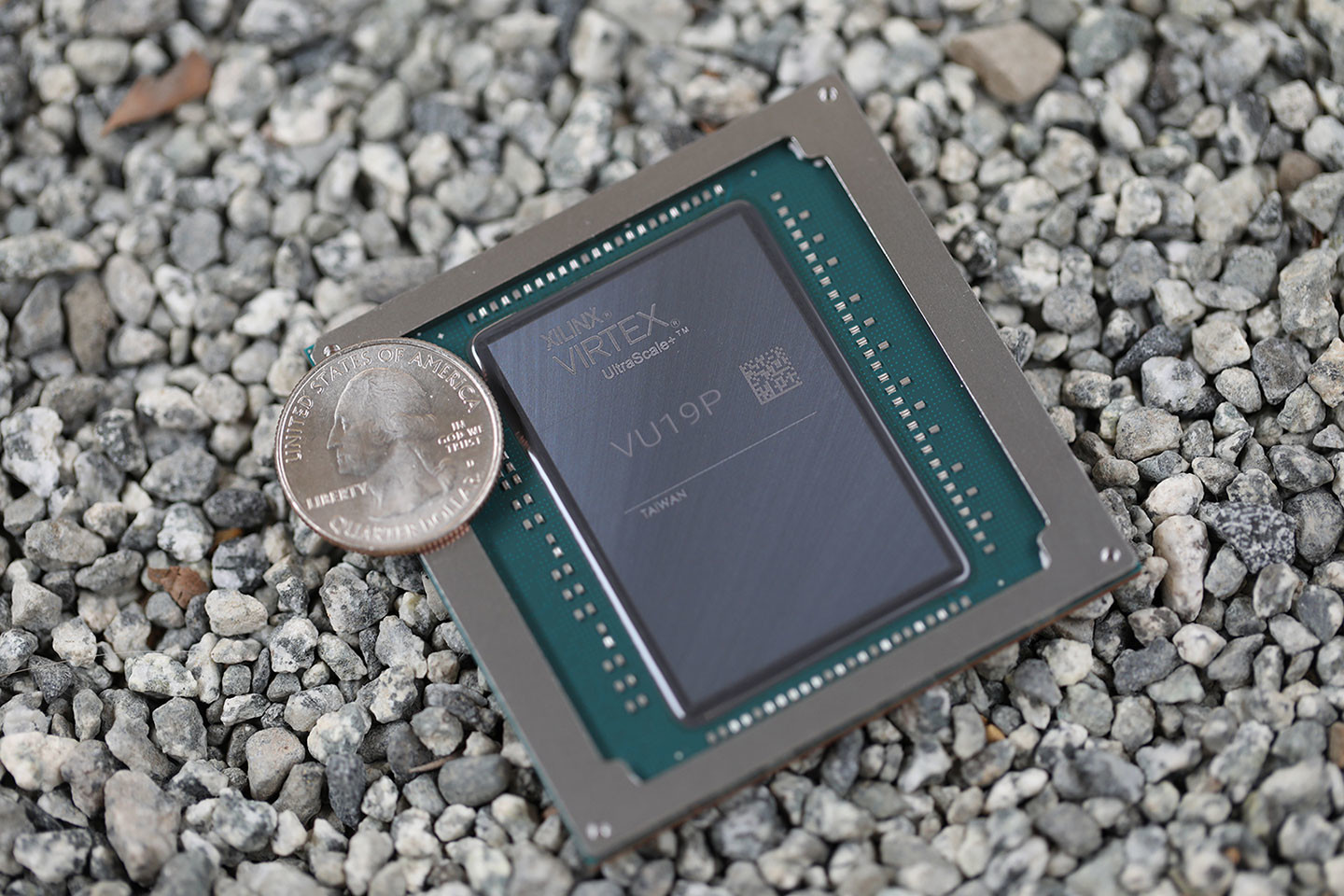 In addition to data centers, FPGAs are available with more modest designs in a variety of consumer electronics products, such as programmable home theater amplifier ports, TVs, and even monitors. While this market may be of little interest to AMD, it is not negligible in terms of volume. Like AMD, Xilinx is a so-called fable company. In light of this, it may come as no surprise that FPGAs are also made at TSMC, right where the buyer has the most advanced CPU chips and GPUs, so AMD may be in a better position to negotiate post-merger production contracts.

Although AMD jumped forty times in just five years, the company could not afford the $ 35 billion cost. For the acquisition of ATI in 2006, the company took out another $ 2.5 billion long-term loan, quasi-unnecessary. A few years later, it became clear that the Canadian graphic designer was massively overestimated, as more than half of the $ 5.4 billion purchase price, $ 3.1 billion, was forced to be written off by AMD. Moreover, the company was not even able to create a significant competitive advantage from GPUs because it was Nvidia’s stable second fame for many years. Financially, the wait for the SeaMicro was a much smaller, but almost as spectacular drop. In 2012, the company announced the acquisition of a company that is a pioneer in the production of ultra-dense so-called microservers, valued at approximately $ 334 million. A few years later, almost all of this was described by AMD, which means that even the hundreds of millions of dollars spent on SeaMicro turned out to be money thrown out the window.

Interestingly, Intel paid $ 16.7 billion in 2015 for Altera, Xilinx’s biggest competitor, a sum paid out of quasi-pocket cash from a customer without a loan or stock exchange. Nivida, which can be considered a competitor to both AMD and Intel, moved $ 21.5 billion in government shares and $ 12 billion in cash for the recently announced ARM acquisition.