Home / greece / Turkey: Start drilling in the EEZ in Cyprus

Turkey: Start drilling in the EEZ in Cyprus 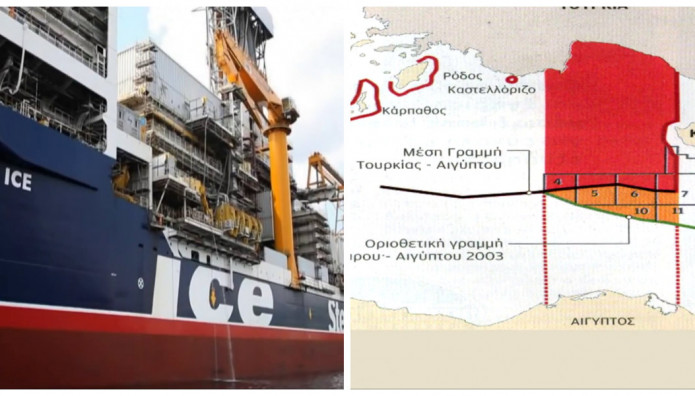 Bores in the Cyprus EEZ start from Turkey after the start of research on plot 10 of the Cyprus EEZ by the state-of-the-art ExxonMobil drilling equipment.

After his statement, the Turkish Ministry of Foreign Affairs says "The opening of Operation ExxonMobil may change the delicate balance of the problem in Cyprus", repeating that activities will also be launched in areas where the "Turkish Republic of Northern Cyprus" is licensed state oil company of Turkey (TRAO).

In its statement, the Turkish Ministry of Foreign Affairs states precisely this "Gas exploration by ExxonMobil on so-called land licensed by the Greek Cypriot government of southern Cyprus does not contribute to the stability of the region and can change some delicate balance in resolving the problem."

This is the most modern drilling rig from ExxonMobil

And he continues:"Saying that all natural sources of energy around Cyprus are not only part of the Greek Cypriot side, but on both sides we warn the Greek Cypriot administration to stop unilateral exploration of hydrocarbons in the eastern Mediterranean, refers to the notification and adds:

"On this occasion, we repeat our warning to companies involved in the unilateral research and excavation work of Greek Cypriots, and also to remind that the allocation of Cyprus's natural resources is an essential aspect of the Cyprus problem."

The Turkish Ministry of Foreign Affairs also states that:

"So far, in full coordination with the Turkish Republic of Northern Cyprus, we will continue to take the necessary diplomatic and political steps to protect international rights and interests arising from the international right of Turkish Cypriot citizens who is the joint owner of the island. areas in which the Turkish Republic of Northern Cyprus has licensed a state-owned oil company to the Turkish state. "

At the same time, seven provocative Turkish maps were revealed by Professor Angelos Syrigos and published by Kathimerini, to whom the Greek islands, regardless of their size, are completely ignored in order to map the Turkish EEZ with Egypt, Libya, Israel and Lebanon. 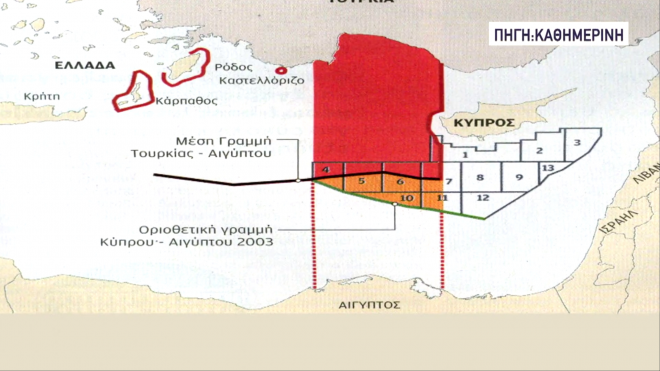 In fact, Turkey bypasses Greece, considering – against the Law of the Sea – that the islands do not have their own continental shelf and FEZ, but only territorial waters.

On the map WSE Turkey – Libya completely ignored the harbor of Rhodes, Karpathos, Kasos and Crete and this is proposed line with the coasts of Turkey.

On the map with EEZ Turkey – Israel he is being questioned open the Greek continental shelf and h Cyprus EEZwhile in it WSE Turkey – Egypt completely ignored Cyprus and ExxonMobil "plot 10" Is "granted" Egyptian site.