Soros, a three-year jail sentence amidst screaming at court

The culprit was convicted by Artemis Shurras, one of such defendants in Heraklion and six other defendants for the famous affair, promising that he split right and left to repay the $ 600 billion taxpayer's debt he allegedly owned.

The Laoist head of the "Greek Assembly" has succeeded in persuading hundreds of citizens to write off debts definitively, resulting in the tax offices receiving extraordinary verdicts and delegations in Soro for months to repay the debts of 600 billion euros!

However, on Wednesday, Artemisa Shoras was found guilty of persecuting false news and persecution, and was sentenced to a total of three years' imprisonment and a fine of 10,000 euros. His sentence was converted into a ransom up to 5 euros per day.

The other defendants were sentenced to 18 months and a fine of 1,000 euros with a suspension, except one, whose sentence was converted into redemption.

A witness was chairman of the Heraklion Bar, Aris Rozakis, who in his statement referred to "rain" for extra-judicial complaints from desperate citizens claiming that their debts were paid out of Sarsa's 600 billion dollars, something that was never disappointed …

At the hearing of the verdict of the court and the sentence imposed on Artemis Sorra (absent from the proceedings), his followers who gathered early in the Palace of Justice began to shout "shame" and "holy examination". 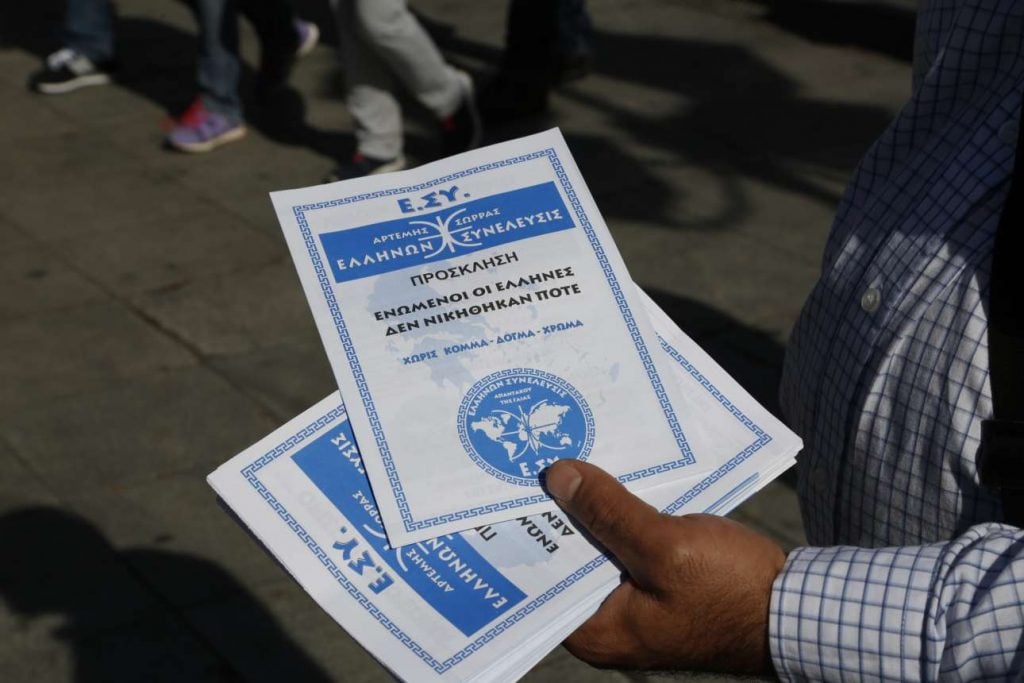 Earlier defendant Efstatios Teofanidis proposed the guilty of all defendants except for the one who at the time of the act had already dismissed his status as a member of the political body.

The prosecutor speaks of a special "earthquake" for a forged message headed by the "Greek Assembly" Artemis Sora.

"It has been historically proven that anyone who misuses the despair of people speaks in their hearts," he stressed, but noted that 600 billion have never been proven to exist.

The head of the prosecutor described the whole situation, as opposed to the law and the Constitution, and this, he noted, "is a political agent in charge".

The defendants rejected the allegations, insisting that Sora's money was there and before the court they expressed their concern about how they were found in the defendant's position.