Coronavirus: One step towards generalized locking after an explosion 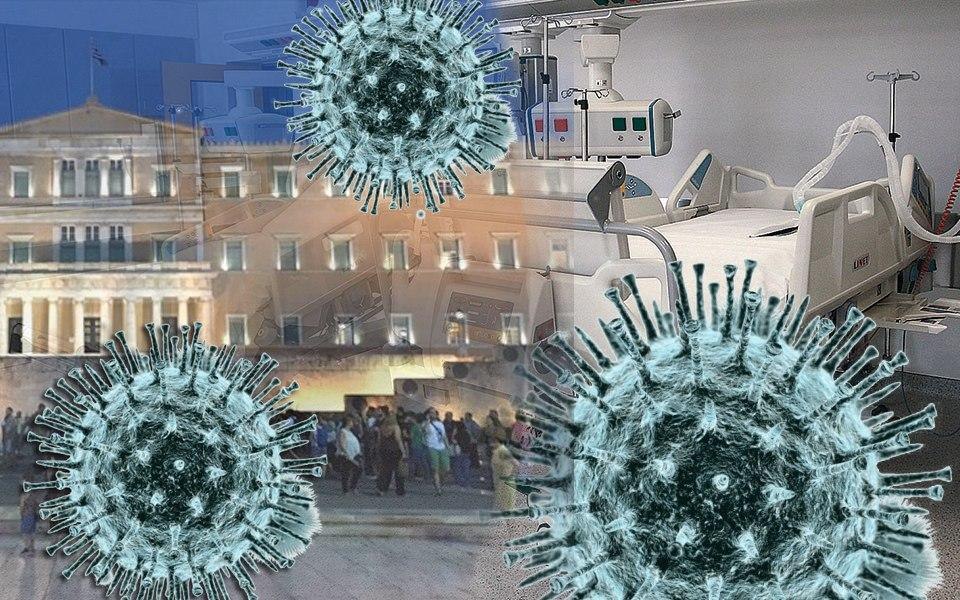 Greece is on the verge of a general blockade after yesterday’s explosion of 1,259 cases. But perhaps more troubling is the fact that the coronavirus kills more and more people, more and more often with increasing deaths, while the 102 intubated, exceeding the 100 mark, put the NSS on alert.

The situation is marginal, something that was accepted at yesterday’s press conference, where the return of Ciodra signals this alarm that the country is involved.

According to Vima, the information says that in the coming period and because the numbers continue to show that the epidemic wave is far from its point of eruption, the imposition of additional restrictions is inevitable. In fact, according to senior Civil Protection officials, if the number of cases reaches 2,000 a day, the intensive care unit is full and the health system reaches its limits, the government will continue with a general blockade. To avoid this, strict adherence to the measures announced by the Prime Minister and a daily battle to raise the wall of the… mask, the only weapon to limit the Covid-19, is needed. In particular, given the recent stance of Mr. Mitsotakis, that “the general” lock “is not my personal choice” the battle in the coming days will be difficult and the measures before the general lock of the table.

In this context, the “ban” on travel within the country – a measure that applies to the “red” areas, as it is forbidden to move residents outside the borders of the regional unit to which the measures apply, but not for the “orange”, characterized by increased surveillance – seems to be the next step in trying to trap the virus within the boundaries of epidemiologically strained zones.

The Serres case also reveals how quietly the pandemic virus can move around the community, leading to unannounced cases. The result was to switch from “green” to “orange” without making a middle stop at the “yellow” alarm level, as provided by the Covid-19 Health and Safety Charter. 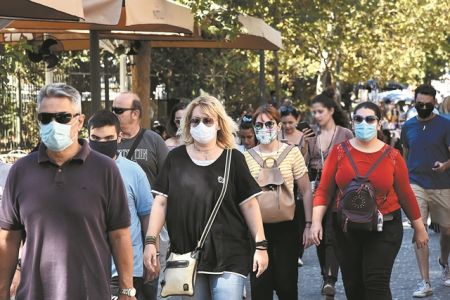 At the same time, the scenario for an even greater reduction of working hours in the catering and entertainment sectors in the geographical areas that are at the level of alarm 3 “increased supervision” is being examined.

If we do not take into account that more than half of the country’s population is active in the orange zone (almost 50% of the inhabitants of the territory are concentrated in Attica and Thessaloniki alone), it becomes clear that it is necessary to build a strong embankment to avoid red alert, which will establish a prolonged “blockade”, and in fact at the heart of the country’s economic activity.

However, the winter at the gates is expected to favor the transmission of SARS-CoV-2 (as traditionally happens every year with viruses infecting the respiratory system), with a frightening prognosis that predicts the next three months will be particularly difficult, the government continued. a soothing “injection” into the balance of the retail sector between the economy and public health.

In particular, the decision to keep retail stores in Category 4 areas was announced by the Prime Minister himself last Friday during a meeting with the Ministry of Interior, the Greece 2021 Commission and KEDE, following the conclusion of the scientific community that commodities houses do not contribute (provided the measures are followed) to the spread of the virus. 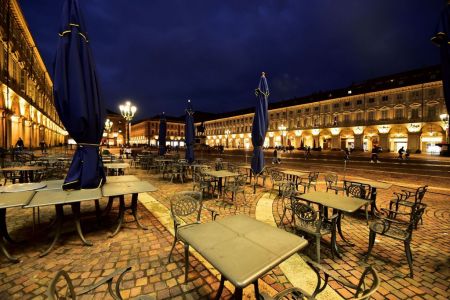 “Cocooning” for people over 65 years

Representatives of the state and science at every opportunity repeat that the epidemic is developing “dynamically”. The characterization they use is not accidental, in the sense that it is not one-dimensional. On the one hand, it captures the dark nature of the SARS-KOV-2 virus (as well as all viruses that have an exponential tendency in the human species), which surprises with high transmission rates when the conditions are right.

On the other hand, the same characterization implies an urgent need for an equally dynamic plan both at the level of caution and in the field of action when the virus strikes the community.

Under these circumstances, the restrictions that came into force yesterday morning and the measures that are expected to be activated immediately in the next period, if they deem necessary, are aimed at preventing a rapid wave that is spreading in the country. But in addition to the number of cases, experts are closely monitoring two other “difficult” indicators – the number of patients admitted to hospitals and the number of intubated patients – which describe the degree of pressure on the health system. 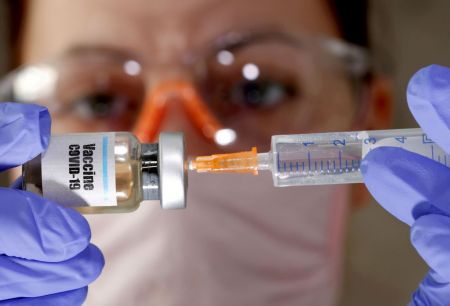 The dynamics of the epidemic have nightmarish proportions

As the professor of genetics at the Medical Faculty of the University of Geneva explains, talking about “Vima” Manolis Dermitsakis, «the course of the epidemic is so dynamic that what we see today is a result of those that developed 10-14 days ago. Therefore, the wave that will arrive will be fast, due to which it is possible that in the next period the new diagnoses will reach 2,000 per day.» 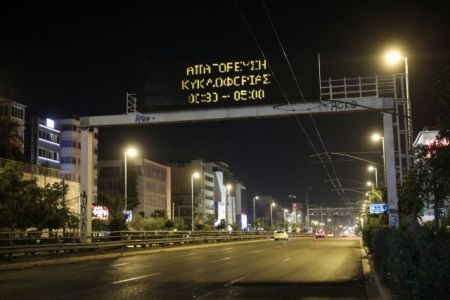 The night “exclusion” and the contradiction

According to the data related to our country, the work of schools seems to be the weakest link in the chain of transmission in the community. In fact, according to the internationally renowned Greek scientist, the Greek “model” using a mask on the premises seems to function as an important shield of protection.

In Sweden, on the other hand, where the daily cases reach 3,000, research is being conducted because schools in certain cantons are closed and therefore their impact on the spread of the new coronavirus in the community can be assessed. In fact, in sub-stress areas of the country, the use of the mask is gradually being imposed on students over the age of 12 (scientists cite data that younger children are not responsible for transmitting SARS-CoV-2). 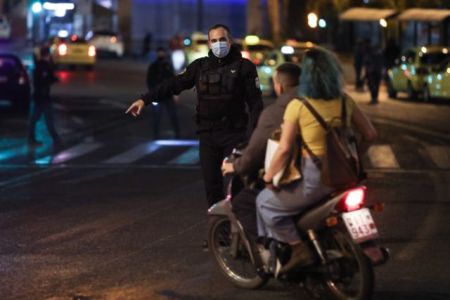 “We expected the second wave of pandemics in our country to be worse,” said Sotiris Tsiodras, who was specially recruited in today’s coronavirus information given the critical situation. The head of the Committee of the Ministry of Health for coronavirus said that we are trying to avoid locking in any way, imposing measures that are not pleasant, but are absolutely necessary to prevent the virus.

He too may have admitted that “the question of responsibility is tiring, it is time for hearts to speak”, but his reference to the “conscience” of Greeks and especially the youth is mainly an indication of a lack of effective tools against the pandemic. To this, many attribute the confession of Mr. Ciodras that nothing more can be done about the “suffering” public transport and its dramatic and at the same time strict appeal to young people for attention.

The NSS is on the verge of collapse

The explosion of admissions leads to an increase in the number of patients entering the intensive care unit, while the exponential increase in cases creates a domino of problems in the health system.

In large hospitals, beds are filled at high speed. A typical example is Thriasio where clinics are full and cases are transferred to other hospitals.

In Evangelismos only 15 beds remain empty, as 75 patients are treated for symptoms of the disease, while the clinics in Sotiria with 90 patients are completed. In Genimatas, however, 23 of the 31 beds in the coronavirus clinic are occupied.

Hospital administrations are being forced to close clinics and turn them into eggs because many of those who are positive now need treatment. Hospitals in the region face the biggest problem.

As in the first wave, northern Greece regained control of the pandemic, with Attica collecting most cases on a daily basis but stabilizing at around 200-220 cases per day. On the contrary, Thessaloniki today had only 4 fewer cases than Athens (291 vs. 295).

After Kozani and Kastoria, as of Thursday, Ioannina and Serres have been upgraded to a “red” level of 4 increased alarms.

At the same time, a double-digit number of cases was registered in several regions, with the situation being constantly assessed.

in Google News and be the first to know all the news
Check out the latest news from Greece and the world, at