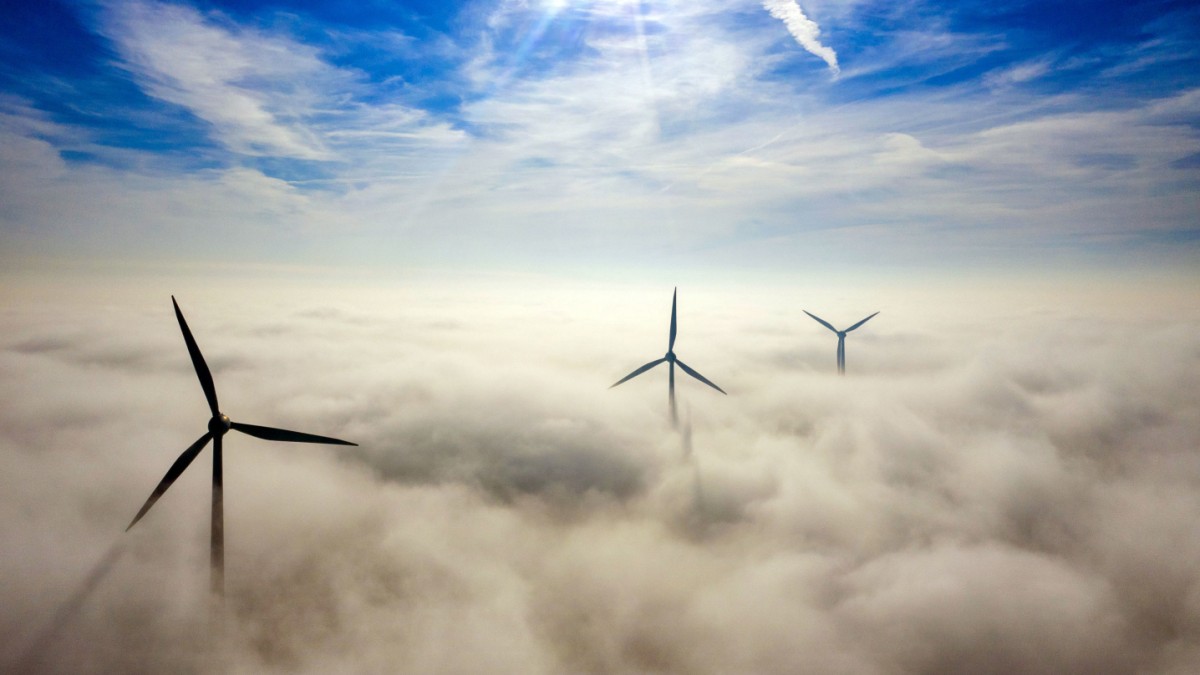 Peter Altmayer is having a hard time these days. Already on Tuesday night, the Minister of Economy of the CDU paid a visit to environmental organizations, for more than two hours they allowed their dissatisfaction to go wild. Especially for the planned wind energy restrictions. But this Wednesday he has to deal with one opponent before the Minister for Economic Affairs gets even more respect: the German industry.

In a brand of rare clarity, the lobby association BDI stands behind climate protection – and against planned wind energy restrictions. And not only: the German Trade Union Confederation, the two major energy associations, the wind lobby BWE and VDMA – they all signed on. "Distinguished Federal Minister, Energy Industry, Industry, Trade Unions and Civil Society expect the Federal Government to work with a commitment to a modern, sustainable, CO2-free energy supply," the letter said. And: "Planned restrictions on offshore wind energy, however, call into question the feasibility of all the federal government's energy and climate policy goals."

The background is a bill by the Federal Ministry of Economy, known since Tuesday. It allegedly regulates the exit of coal flow. However, it also contains a paragraph that proposes new wind turbines with a minimum distance of 1000 meters to even the smallest of settlements. Regional plans that provide otherwise and adopted before 2015 should lose their validity. At the same time, however, the law aims to make the green power the coalition's first target: 65 percent by 2030.

Industry and trade unions make crucial judgments on progress. "For us it is inexplicable that the regulations will be set at minimum distances nationally," they write, "although it is clear that the target of 65 per cent renewable energy in 2030 cannot be sustained." Expanding offshore wind energy will be "massively difficult in the long run, in some circumstances even stopping" with this pressure. Areas for wind turbines are shrinking, legal certainty is growing. Distance regulation "will defeat any further efforts to boost wind energy expansion and dramatically weaken offshore wind energy." Often, the BDI does not turn sharply on the Ministry of Economic Affairs. And even less often, the positions of industrial and environmental associations resemble each other as they do now.

The Ministry of Economy is pleased to note that the flagship for distance regulation lies with the Ministry of Construction, and with the CSU Minister Horst Sehofer. However, the Ministry of Economic Affairs is responsible for energy, for example, for the interaction of coal withdrawal and expansion of renewables. The bill also comes from there. But now, within the federal government, there is a dispute. The disagreement was "overwhelming" to rule on the law, as planned Monday, government circles said Wednesday. New date is December 3rd. Temporary.

The wind energy crisis has already begun. There have been no new projects for months, in the first nine months as several new wind turbines were built like never before in this millennium. Just last week, Germany's market leader in wind power turbines Energo withdrew its emergency brake: It canceled orders and thereby cut jobs for 3,000 employees. At the Lower Saxony state office, the Energo leadership met on Wednesday at a crisis meeting with the state government. "We need a restart in the energy transition with viable solutions," Lower Saxony Prime Minister Stephen Will (SPD) said ahead of the meeting. "To get wind energy where wind energy is possible."