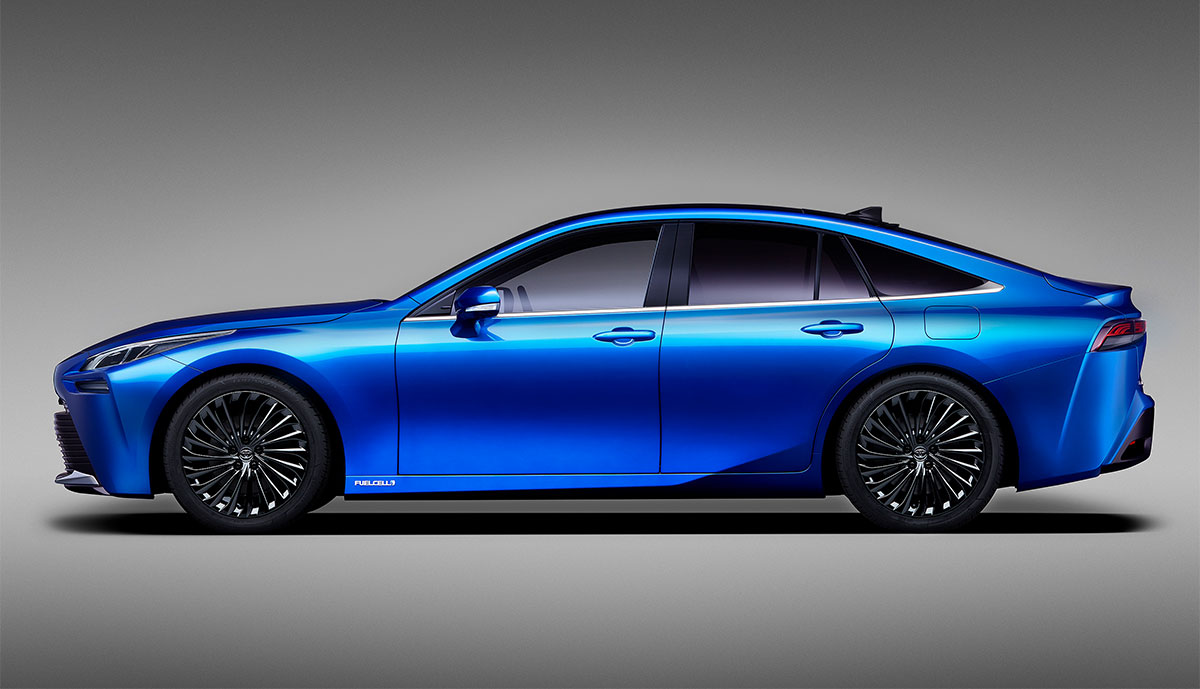 In 2014, Toyota introduced the Mirai, the world’s first mass-produced electric car that converts hydrogen into electricity for a longer-range fuel cell. The second generation sedan will start assembling in November, the Japanese have now announced. When delivery begins, it is still open.

Like its predecessor, Toyota promotes the new Mirai as a car with a range suitable for travel, short refueling stops, great winter fit and zero emissions. Production capacity increased to 30,000 units per year for the new edition, over 10,000 copies of the first Mirai were produced and sold.

The 2021 Mirai is a completely new model with significant advances in technology, efficiency, performance and design, according to Toyota. An optimized fuel cell system and three hydrogen tanks with a total larger volume allow up to 30 percent more kilometers on a single charge than the previous model (550 km / NEDC standard) – there are still no specific range specifications. In addition, there is now room for five people instead of four, making the new Mirai more suitable for everyday use.

Compared to the first, mostly rented generation, the second Mirai is not only equipped with more modern technology, it is 8.5 centimeters longer, wider and flatter. The price is almost 15,000 euros cheaper, in this country it starts with 19 percent VAT of 63,900 euros. This means that the hydrogen car is now also eligible for the German “environmental bonus”, which provides a purchase premium of 7,500 euros – 5,000 euros come from the state, the manufacturer gives a 2,500 euros net discount.

The second-generation Mirai is based on Toyota’s new modular platform for rear-wheel drive vehicles, designed for different types of powertrains. According to the manufacturer, it gives the sedan greater body strength and a lower center of gravity, which increases agility and responsiveness. The new Mirai responds more directly and evenly to the movements of the accelerator pedal, which provides greater comfort and pleasure in driving.