Game console: Microsoft plans to have an Xbox One console without a drive 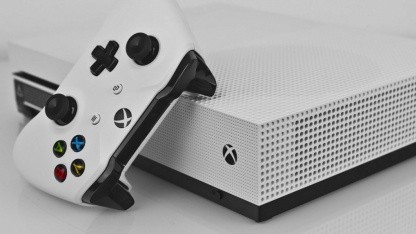 Microsoft will release two new versions of Xbox One, which are cheaper than the Xbox One X (test) for 500 euros, and also cost less than Xbox One S for 300 euros. This is usually reported by well-informed Paul Thurrott, citing sources related to Microsoft. New consoles should not be part of the Scarlett generation, because it will be released later – probably only in 2020, a year later.

In the case of the Xbox One variant on 2019, Microsoft should do without an optical drive to be able to simplify it. Thurrott costs 200 USD or less instead of 300 USD, or about 200 EUR in this country, and therefore at least 100 EUR less than Xbox One S. Accordingly, the manufacturer should plan a program in which traders can exchange their box versions on digital. Whether it will be a good thing will turn out to be visible – many users still like to buy data carriers, especially as there is a secondary market that would be eliminated in the case of clean downloads.

In addition to this console, Microsoft plans, according to Thurrott, until the end of 2018. A derivative of the previous version of Xbox One S, which is to be offered despite the Blu-ray drive also at a lower price. How exactly it is, the sources are open – so often the decisive factor are cheaper components, which is a typical practice of Microsoft and Sony in the latest versions. A model with a smaller hard disk would be possible considering the size of the current games, but in our opinion this is a bad way.

As for Scarlett's generation, Microsoft probably has not yet decided whether an optical drive should be integrated or not – the decision should soon be made.