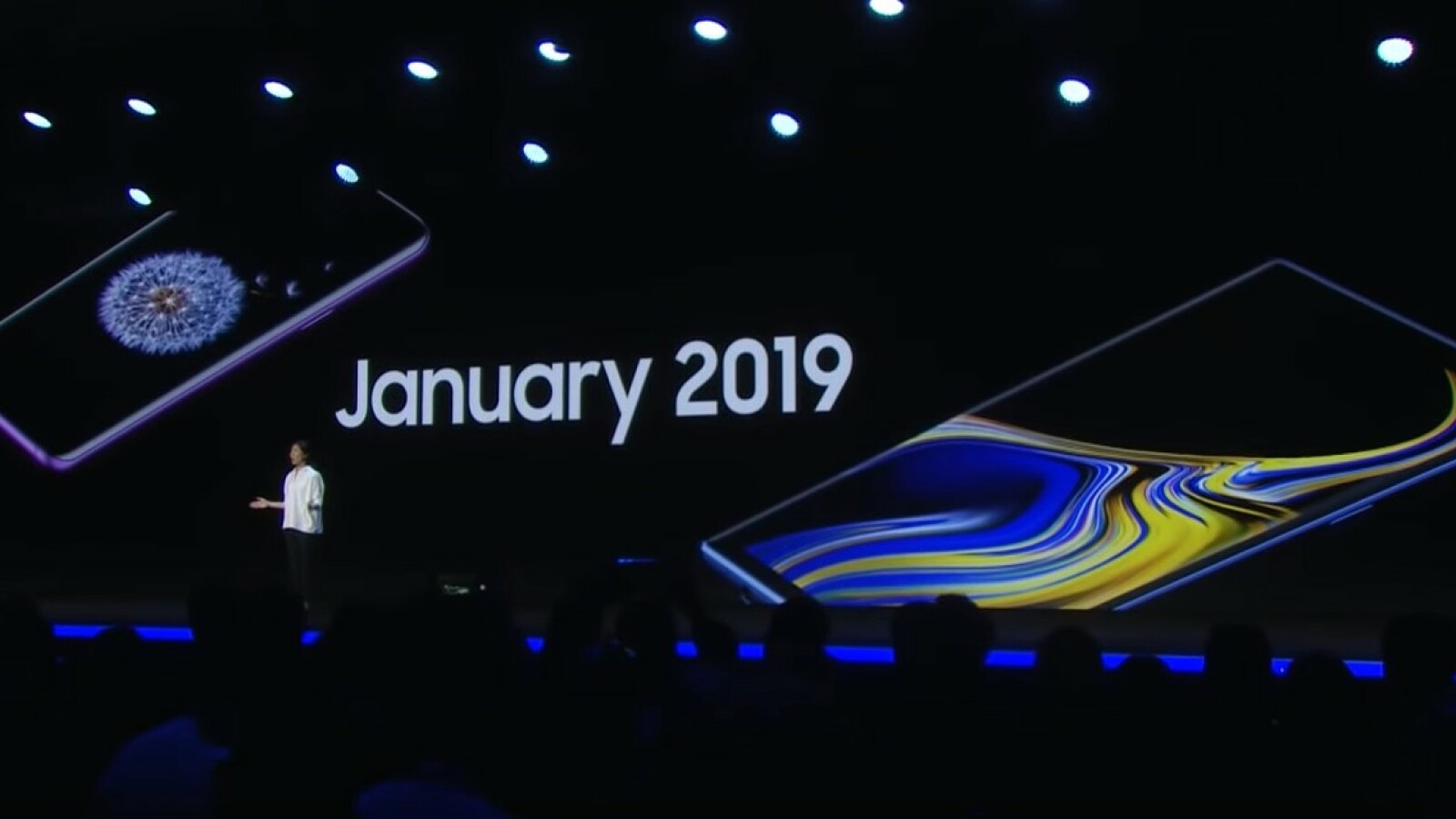 The update will appear in January 2019

During a conference of developers, Samsung announced the update of Android 9 for its best models Galaxy S9 (Plus) and Note 9 for January 2019. In advance, S9 users can try the update, including a new user interface One interface in the public beta. German users can now register.

At the Conference Conference (SDC) conference in San Francisco, Samsung officially commented on Android 9 Pieces updates. As announced by the South Korean manufacturer, Galaxy S9, Galaxy S9 Plus and Note 9, they will receive an update in January 2019. A beta test should be run in advance for Galaxy S9 users. Users from the USA, South Korea and Germany can participate.

So you register in beta

To participate in the beta, you must download the Samsung Members application from the Galaxy App Store or Google Play and log in using your Samsung account. On the main page of the application, you will find the appropriate entry under the "Remarks" heading. Touch it and follow the instructions on the screen. Samsung also recommends that you back up your data in advance.

These changes bring you updates

Along with the update, it also receives an indentation of the new user interface (UI) on Galaxy phones. The interface, formerly known as Samsung Experience, will be replaced by a new interface called One UI. This ensures a continuous night mode, which is to make the use of a smartphone more enjoyable in the evening. In addition, Samsung wants to reduce the number of screen elements, on each screen only the icons currently important to the user are displayed.

As the smartphones are getting bigger, Samsung now divides the user interface into two areas, the so-called display area is on the top of the screen, and the control area is at the bottom of the screen. In this future you can find all the controls, so you do not have to stretch your fingers at the top of the screen. In the media gallery you can get the first impression of the One UI user interface. By the way, it will also be used on Samsung's foldable smartphone.

In addition, the update will of course include Google introduced with innovations of Android 9. In addition, after the upgrade you can use the Samsung Dex on Galaxy S9 Plus without a dock, informs the developer XDA Developers, which is pre-release version of the firmware.

We will keep you updated on our Android update roadmap for Samsung devices.

Tips and tricks for the Galaxy S9 and Galaxy S9 Plus


Notify me of new Samsung Galaxy S9 items?
No thanks

It may interest you

Information about the article

Links to the article