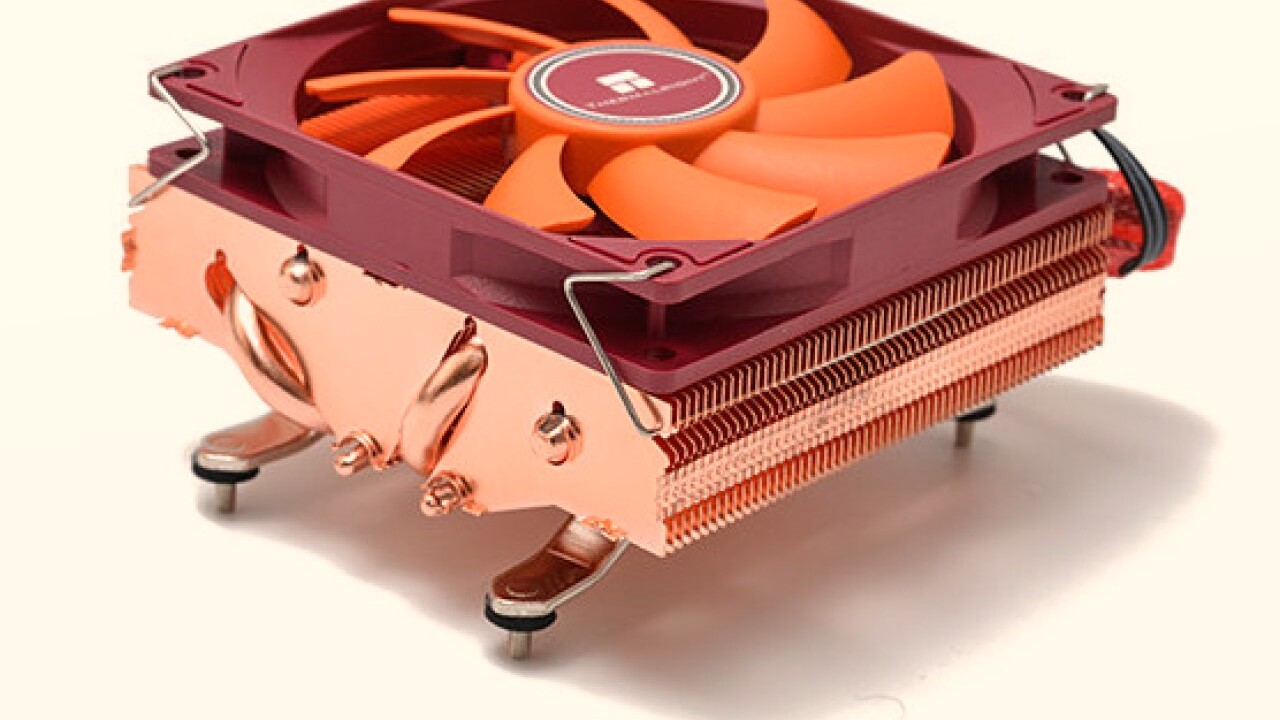 The AXP-100 Full Cooper follows the well-known manufacturer of Thermalright processor coolers with the AXP-90 Full Cooper second low profile model for current Intel and AMD platforms, which is offered in a fully copper version. The closed fan measures 92 mm in length only 15 mm in height.

The full copper radiator measures only 47 mm in height

The new AXP-90 Full Copper compares to the slightly larger sister model AXP100 Full Copper from six to four reduced copper heat pipes, but remains unchanged at 6 mm in diameter. As a low-profile refrigerator for very compact computer systems, the AXP-90 Full Copper, though 3mm taller than the one-year-old copper counterpart of the AXP-100, comes with an edge length of 97 mm and 92 mm to 108 mm and 121 mm, respectively. still smaller.

In addition, the used 92mm fan (TL-9015R), which can be adjusted via PWM speed connection and also completely eliminates lighting measures, instead of 25mm in AXP-100 Full Copper only 15mm in height, which results in a total copper height of AXP-90 of only 47 mm. Slim fan runs at a maximum of 2,700 rev / min. and should thus generate a noise emission of up to 22.4 dBA. Thermalright estimates the total weight of the new radiator for all copper at 490 grams, while the AXP-100 comes from the same material with a larger fan of 120 mm at 640 grams.

Two versions for the equivalent of 38 euros

According to the first listings in Chinese trade, like TechPowerUp reported, Thermalright's AXP-90 full copper appears in two different gradations. The difference is around the supported platform: Once suitable for the Intel LGA115X jack and once called the AMD AM4 jack. The retail price is currently priced at 299 yen (Chinese Yuan) which equals nearly 38 euros. Whether and when the AXP-90 full copper is also offered on the German market is unknown at this time. For even the end of 2018 the AXP-100 introduced in the copper edition did not officially make it into European retail.