Home / france / Tesla will establish a European "giga-factory" in Germany

Tesla will establish a European "giga-factory" in Germany 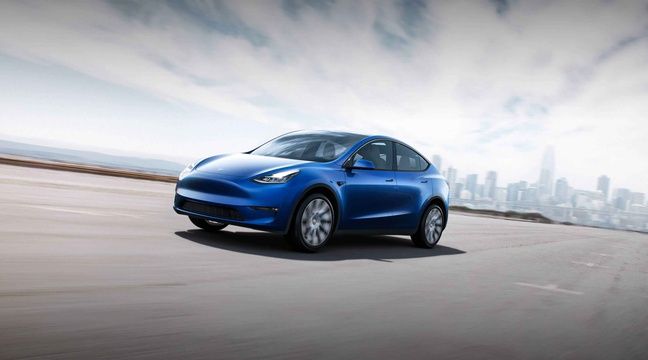 After Nevada, New York and China, it will be … Germany! Tesla will open its fourth "mega-factory", located in the outskirts of Berlin, Elon Musk announced on Tuesday. "I have an announcement that will probably be well received," he said after receiving the newspaper's Golden Flyer Bild, and before the long-awaited name of the victorious European country is revealed. This factory "will build batteries, motorcycles and vehicles, starting
Model Y, the Tesla crossover expected in 2020, he said later on Twitter.

On the scene, the billionaire's chief praised German engineering, "extraordinary," "one of the reasons we would set up our mega-European plant in Germany." The Berlin plant will also include an engineering and design center, because "Berlin has some of the best art in the world," he added.

30% of the European electricity market

Tesla accounts for 30% of the European battery electric car market, according to Matthias Schmidt, an analyst specializing in the automotive industry. Asked about Germany's delay in electric vehicles, Elon Musk replied: "I think Germany is not too late. "It's always harder when there's still a lot of dynamism and infrastructure around old technology," he continued. "When we started in Tesla, everyone thought we were crazy. "

"This announcement is good news for the automotive industry in Germany," commented Ferdinand Dudenhoffer, a professor at the University of Duisburg's Car Research Center. "Competition always makes things faster and better. So it's also good news for Volkswagen, Daimler and BMW. Elon Musk's decision will speed up electromobility in Germany faster than with 100 summits organized by the Cabinet. "

The 2021 date was mentioned for the start of production at the plant, but the expert "don't believe it" because the manufacturer must "balance its finances", and the Chinese factory "is clearly a priority."

Tesla recently returned to profitability, after two quarters in the red, and renewed its promise to deliver between 360,000 and 400,000 new cars this year. He also welcomed production tests carried out at the new giant factory in Shanghai (about 865,000 square meters), built in ten months and with an annual production capacity of at least 500,000 cars.

This plant "was almost 65% cheaper (…) to build than our entire Model 3 production system in the United States," the group said, aiming to continue to increase sales and marketing. control its costs to be sustainable profitable. Production of the Model Y crossover is slated to begin in the summer of 2020 in all of its plants.