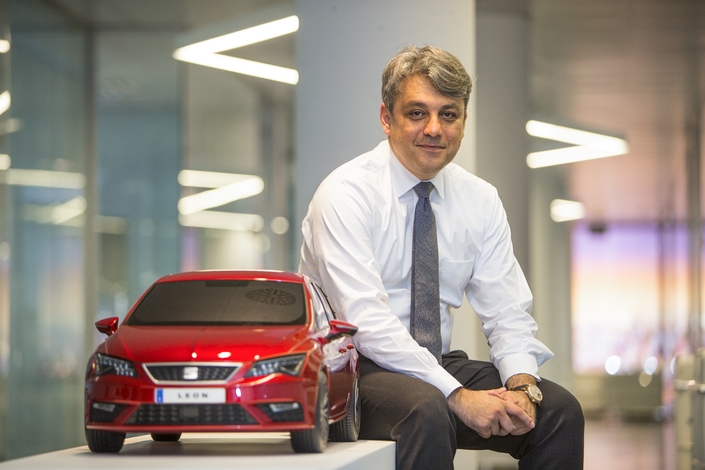 For more than a month, Renault has been seeking a new CEO to replace Thierry Bolore. The latter was elected by Jean-Dominique Sennard, president of Losang, appointed earlier this year.

To find the next generation, the brand wanted to take its time after moving Clotilde Delbos, group finance director, chief executive officer. Head cabinets were requested. It takes a real pro-sector, with a solid career in carmakers, to manage the subordinates of the French state (Losange's biggest shareholder) and Nissan, the alliance's non-working partner. Jean-Dominic Sennard pointed out that everything was open, with the possibility of no Frenchman as director.

And this is what can happen, because according to Figaro, if a few names are still considered, it is an Italian in good standing. This is Luca de Meo, who does not work for Fiat but for the Volkswagen group. He has been in charge of Seat since late 2015.

Born in 1967, Luca de Meo holds a Bachelor of Business Administration from the Luigi Bocconi Trade University in Milan. He has over twenty years of experience in the car world, with a course that made him know four groups. Worked for Toyota Europe, then for Fiat and Volkswagen. He joined German German in 2009 as Marketing Director (for Volkswagen brand cars and for the group). He then became a member of the board of directors responsible for sales and marketing of Audi before becoming Seat's chief.

Did the fourth car group know? It's his debut and it's Renault! That would be a return. The man has the advantage of speaking fluent French. He would come again with a fresh eye.

Nothing has been recorded yet. Le Figaro evokes other possible names, including Patrick Koller, owner of the equipment manufacturer Fauressia or Iianluca de Ficci, head of Nissan Europe. Clotilde Delbos can also be sustained.