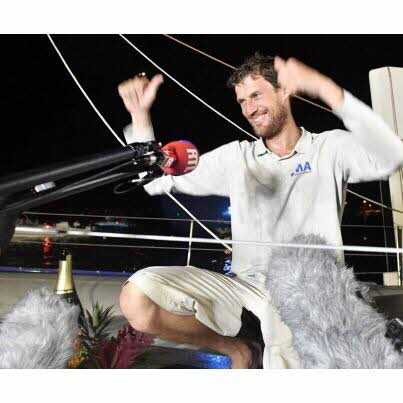 Small dream, knife fight: Paul Meilhat ( SMA ), the winner of Route du Rhum in the Imoca category (monoblocks 18 m) after a 24-hour penalty imposed on Alex Thomson, won on Friday evening at the end of the most "difficult" race of his career.

"We've never had a quiet time, we slept very little and we all got very tired," said the captain, 36, after crossing the finish line at Pointe-à-Pitre after "12 days, 11 hours, 23 minutes and 18 seconds After four difficult days with "two holes" Meilhat had to deliver a "winning winning race" to the winds with three other competitors Paul Meilhat won with monohull, which led François Gabart to win in the same Imoca category four years ago. " funny this year. That was the case of Francis Joyon, who won with the old generation trimaran. Offshore racing technology is something very present and part of our DNA, but it must also be reliable, "he said.

After this success, Paul Meilhat would like to go "to the next Wandea Globe", which will start on November 8, 2020. "This will allow me to finish this story. Unfortunately, my partner stops by the end of the year, so I'm looking for one or more to continue the adventure."