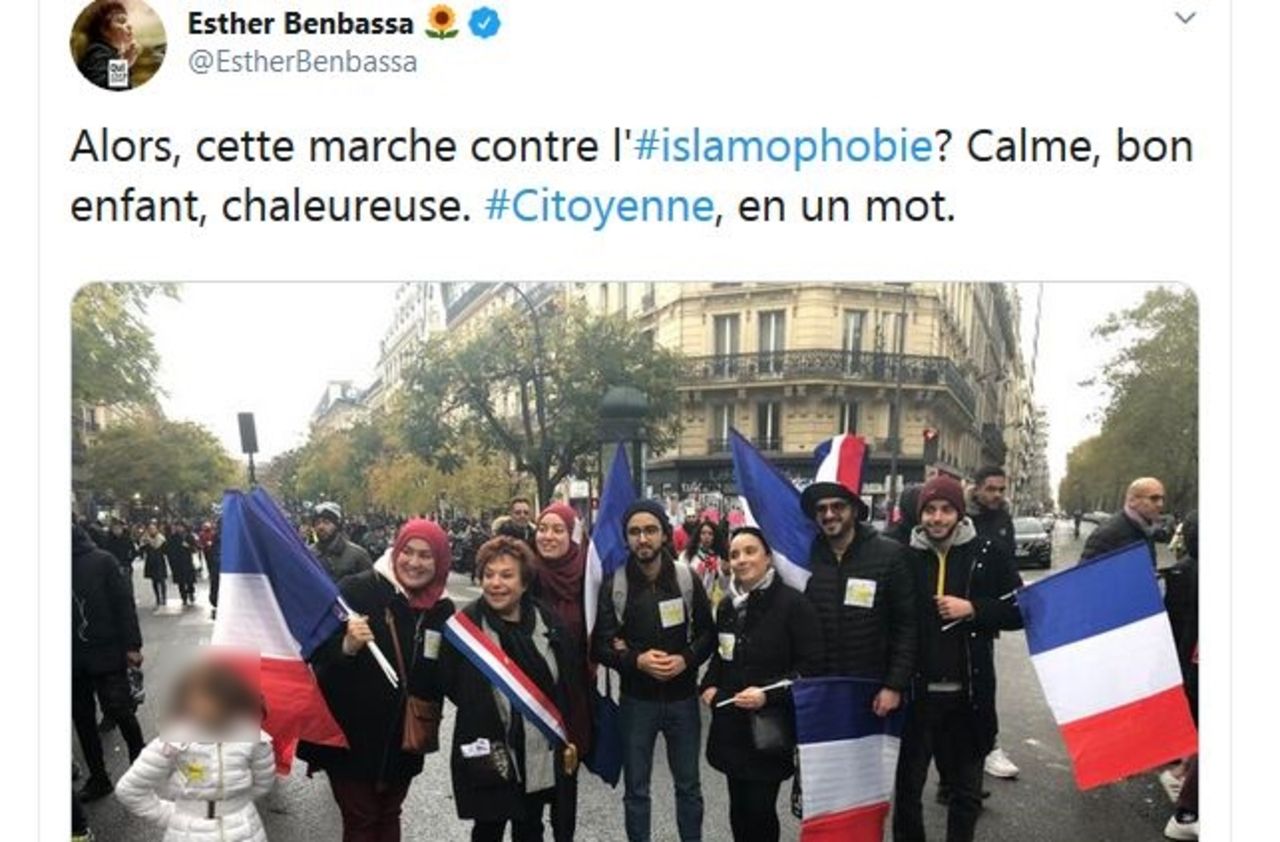 As more than 13,500 people took to the streets of Paris on Sunday to discriminate against Muslims, the sticker distributed during the event created controversy. It shows the yellow star, a sad symbol of the genocide perpetrated on the crescent Jews, one of the emblems of Islam.

This sticker is noted on a photo shared by Senator EEEL Esther Benbasa. He is stuck in the clothes of several protesters posing next to her, including a girl. According to our correspondent on the site, several dozen people wore this symbol in the procession without causing any debate or incident.

However, since it was spotted on social media, this sticker has been accused of comparing the Holocaust (between 5 and 6 million dead) with the living conditions of French Muslims in 2019. "Not a single Muslim in France suffers as our parents suffered during World War II and I wish they never suffered," said Ariel Goldman, president of the United Jewish Social Fund, a Jewish community institution in France in the social field.

"Today, this picture has to vomit and those who stole it with this star have been dishonored," he added Alain Jakubovitz, the former president of LIKRA, the International League Against Racism and Anti-Semitism.

"No one steals suffering here from anyone"

Despite the outcry, Esther Benabasa spoke Twitter. "I am treated here as an anti-Semite and a denialist. I, the Jew, have devoted my life to writing my story, "she complained. Before pointing out that they did not see these two "landmarks", but the first "three-colored flags indicating the identification required in France".

The senator has denied that he wants to compare the Holocaust tragedy with the current life of French Muslims. "The state of the Jews in the dark years and the situation of Muslims today is not comparable. But the fact that our stigmatized contemporaries identify with these past sufferings is quite understandable. No one steals the suffering from anyone, "she concluded.

Like others, she suggests that this can only be "a tribute to the past suffering of the Jews and a warning of possible drift".

As we can see in the cliché, seen on social media, this association of the crescent and yellow star refers to an expression that often goes back to the public debate: "Jews of yesterday, Muslims of today."

Every day, political news, as Le Parisien sees it

Dale Bubaker, rector of the Great Mockery of Paris, compared Islamophobia in March 2017, "to French anti-Semitism from the late nineteenth century." This week, other protesters have also drawn parallels with France since the 1930s. Remember that the yellow star became a must in Nazi Germany in 1941 and the French in 1942.

This controversy runs the risk of crystallizing the debate over this march anyway. For sometimes different reasons, the presidential majority, right, extreme right … but also some of the left were absent from Sunday's event.