Health Magazine Heart attack: know how to recognize it 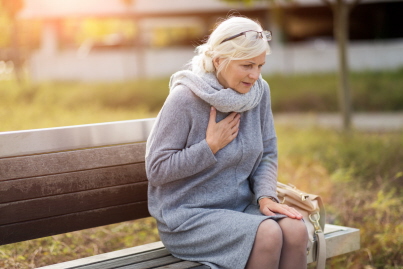 Myocardial infarction is a complication of angina pectoris, which also causes chest pain.

In the case of angina pectoris, the coronary artery, which carries oxygenated blood to the heart, is simply narrowed. When it closes completely it speaks of a myocardial infarction.

When the arterial wall changes, it is called atherosclerosis. It is characterized by the formation of plaque atheromas, mainly composed of cholesterol, cell and fiber debris, on the walls of the arteries, says Inserm.

Rupture of these plaques and their migration to the bloodstream until the artery is blocked is the major cause of myocardial infarction.

What are the symptoms

In men, infarction usually begins with severe pain in the middle of the chest. The feeling of oppression, tension is cruel or evolving in waves.

The pain can spread to the throat, jaws, shoulder and hands or joints. It can be accompanied by intense fatigue, sweating, pallor, shortness of breath, palpitations, feeling ill or near death.

Digestive signs, such as nausea and vomiting, may be added, says the French Federation of Cardiology.

An extreme case: sudden death is a complication that occurs from the first minutes with loss of consciousness and then cardiac and respiratory arrest. It causes 12,000 deaths each year in France, reports Inserm.

The time factor is crucial in case of heart failure. If you are witnessing fatigue, call 15. You can also learn procedures that save on firefighters or civil protection.