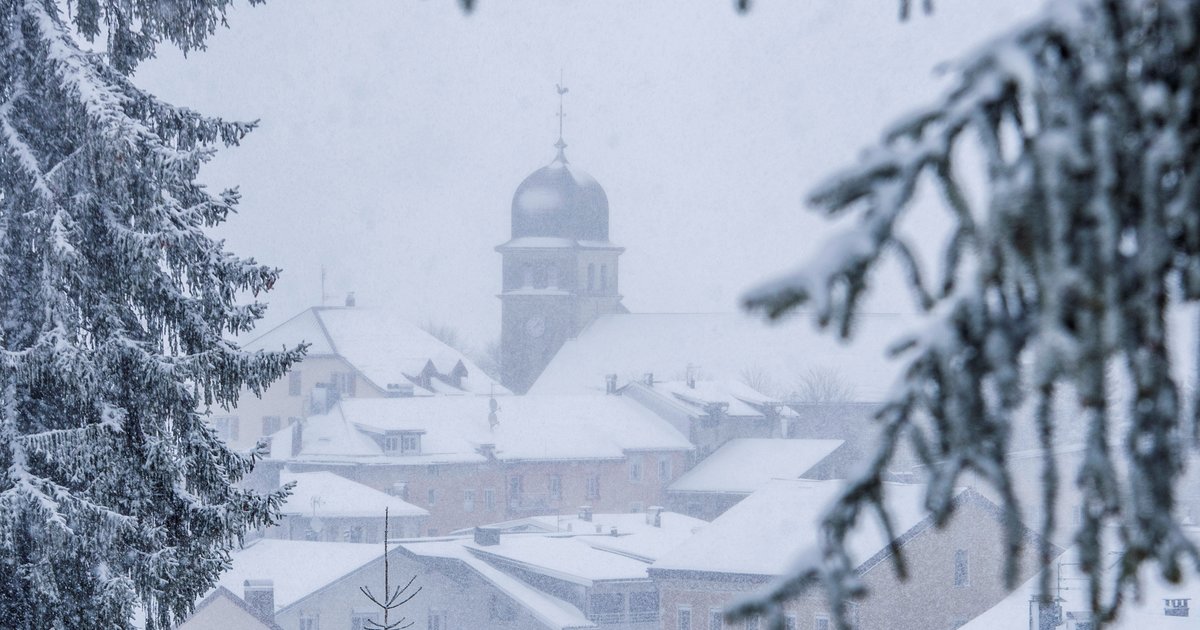 Burgundy Franche-Comte Regional Health Agency (LFS) announced on Thursday that it has launched an epidemiological survey following the discovery of ten suspected cases of childhood cancer in Haut-Jura. Children from 6 months to 13 years living in the communes of Rousseau, Morbiere, Morese, Saint Pierre and Premaan, very close to Switzerland. It was the mother who made this report, upset by the fact that other pathologies of this kind, especially leukemia, were diagnosed in a small area.

"The air here is clean"

The LFS indicates that it has contacted Public Health France, the agency overseen by the Ministry of Health, to initiate an epidemiological investigation of this report and to seek possible explanatory factors. On October 14, an informative meeting was held for the families. "In the interest of transparency and listening, the purpose was to discuss the approach, goals, method used and the involvement of these families in this process that is now taking place," the statement said. LFS.

In Russe, a mountain resort with 3,500 people, snowed on by residents yesterday as they make the front page of the regional press. "Even at France Info, they talk about us," says the mother, incredibly. Which goes on: "The Chernobyl cloud has been around a long time and then the air here is clear, there are no chemical plants." One friend: "Maybe it's because of glyphosate like in Ain. "It refers to a recent case of unborn babies born in this ward near Haut-Jura. The hypothesis of pesticide contamination or toxic discharges and bad water was advanced by Remera to explain the sum of eight cases of malformations in a 17 km radius.

Dr Marie Doglio, who serves at the Rousse Medical Center, followed four of the ten children with cancer, all treated in Lyon and Besancon. It is related to the obligation of medical confidentiality, but it can still say this: “In these four children there are two cases of leukemia aged 1 to 6 years and one case of Burkitt's lymphoma with tonsillitis. Predictions are good for three cases. The last child had a transplant and treatment is ongoing. "

The practitioner confirms that her mother gave her a warning and carried out research to check: age, illness, date of birth, sex. She sent files to the LFS, which concludes that there is a cluster (spatial temporal clustering of pediatric cancer in the sector). "The fact remains that it is very difficult to establish a connection between cases, some families have not settled in the region for a long time. A little girl, for example, born in 2015, arrived with the family in Les Rousse in 2017 and has cancer from 2018. “

At City Hall, Bernard Memet, the mayor, plotted against the televisions that came on Friday morning filming the entrance to the elementary school and "molesting parents". "It's a sensitive and gentle subject, don't create psychosis," he insults. He himself was aware of cases of sick children "but the case is not new, they have been treated for several years and I trust the LRA to investigate."

Liljana Jair, the mayor of Saint Pierre, knew that one child in her municipality was suffering from cancer, but she was surprised that ten cases were registered in the region. The child in question, now 13 and well, developed leukemia five years ago.

Public Health France will launch a study in a matter of months to look for other cases and possible environmental exposures. One step would be to ask families about their background and lifestyle, health, eating habits, pregnancy and housing, and so on. This in search of the usual points.

Pediatric cancer for no known reason

Asked by Time, the hospital in Nyon (West Lake Geneva Hospital Group, VD) did not show an increase in pediatric cancers.

According to a October 29 press release from the National Institute of Health and Medical Research (Inserm), 2,500 pediatric cancers are diagnosed in France each year. For a third of the cases, it is leukemia. Half of them appear before the age of six. If treatments improve, the prognosis is still particularly unfavorable. Most pediatric cancers nowadays have no known cause.