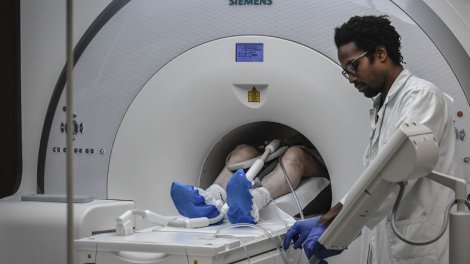 Public Health France published in its latest weekly newsletter study on the evolution of the causes of death in France between 2000 and 2016. During this period, cancer became the first cause of death for the French, prior to cardiovascular disease.

Cancer, the leading cause of death in France.

It is the first cause of death in France for both sexes, brought in 2004 before cardiovascular disease. However, the risk of dying from cancer is reduced, even if the number of people affected increases, according to the latest Public Health Epidemiological Week (BEF) of France published on Tuesday, 12 November and conducts a public study on the development of causes of death in France the metropolitan area, covering the years 2000 to 2016.

Mortality due to AIDS, traffic accidents and cardiovascular disease has "declined" in particular. Reduce relative mortality. because it is significantly increased for women with lung cancer, a smoking effect and more moderate for both sexes for pancreatic and brain cancers.

• Tumors, the leading cause of death

Overall, the rate of deaths for all reasons has continued to decline since the 2000s, most likely as a result of advances in medicine and prevention. "The big downward trend in mortality is pretty reassuring," said AFP Gregoire Ray, director of SepDC-Inserm (which identifies medical causes of death). "These broad findings highlight the successes and gaps" in prevention and care, giving the authors of this analysis of trends between 2000-2007 and 2008-2016.

HIV / AIDS-related mortality, following its first decline in the 1990s, has continued to decline in the last 16 years as a result of advances in prevention and in particular treatment. There are 300 AIDS deaths in 2016, compared to 4,800 in 1994.

Suicide deaths are also declining: nearly 8,500 deaths in 2016 against 11,400 ten years ago. However, since the 1980s, they still surpass the deaths caused by traffic accidents.

• Decrease in mortality from cardiovascular disease

Cardiovascular deaths are fewer: mortality rates have fallen by a quarter between the two study periods. This is thanks to the development of interventional cardiology techniques (to remove clots, to put stents …) in infarcts and to develop specialized neuro-vascular units for stroke management, the authors note. In women, where cardiovascular disease is the leading cause of death, stroke death exceeds brain death, unlike men.

• Lung cancer of cancer in women

"Warning points" are the increase in lung cancer in women, as well as those in the brain and pancreas, says Gregoire Ray. Pancreatic cancer has increased for sixteen years and sex, and brain cancer has increased during the second period, 2008-2016, in the "context of the boom in radiofrequency technology". Research is needed to explain why, according to this specialist.

• Melanoma is more and more serious in humans

In addition, melanoma mortality increases in men and remains stable in women while prevention of this skin cancer is known, the authors suggest. Finally, the trend towards increased dementia, which has been significant since the 2000s, appears to be slowing or even changing in men, possibly as a result of a decrease in cardiovascular risk factors (hypertension, smoking, diabetes, etc.). .), they argue.