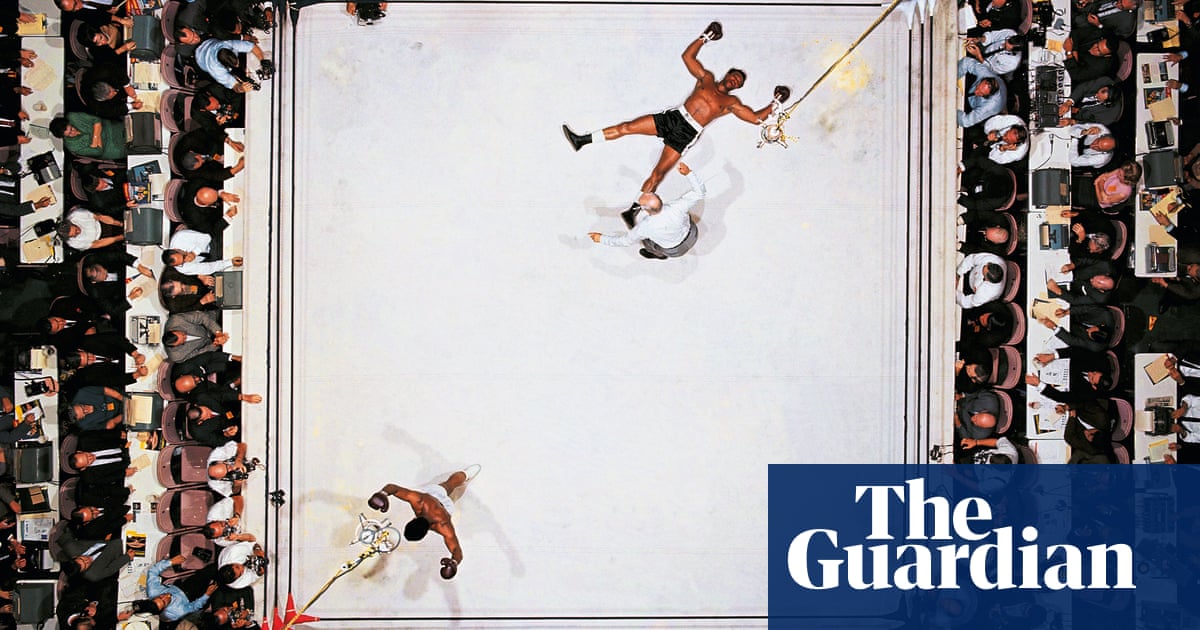 E.veryone assumes that my favorite is the picture I took of Ali against Liston in 1965 – it was even called the greatest sports photography of all time. But my favorite photo I ever took is Ali vs. Williams, no question about it. The only one of my photos hanging in my home. I have photographed everything in my career, from Charles Manson to the Pope, but I have never taken a better photograph than this one.

I recorded 35 fights with Ali. I was in the Ring for Sports Illustrated when he won the world title in Miami in 1964, and my photo of it made the cover, so I was pretty well established until the fight with the Cleveland Williams. Williams was a very promising heavyweight, but an outsider; The main thing I remember from that night was how excited I was about how I was going to record it. Putting a camera over the ring goes back, perhaps to the days of’s Lewis, of course Sugar Ray Robinson. But the lights that illuminated those fights were always 20-25 meters above the ring and there was not a wide enough lens to capture the whole scene; photographers used eye lenses, so the ring never looked square.

When the Houston Astrodome was built, it was the first of its kind. It had 50,000 seats and the lighting fixture was cut from 80 meters and had to be raised 80 feet above the ring to avoid blocking anyone’s view of the high seats. They could lower this armature to the floor so that a camera could be easily attached to it. I realized that I could use a normal lens and get the whole ring with the symmetry of the rows of press around it.

I always go to work ready. If the fight is 22:00 on Saturday, I would not show up at 19:00 and drink beer with friends first. I showed up on Wednesday, four days earlier, to deal with combat publicists and electricians in the arena to set up strobe lights and my remote camera. I remember getting a pre-fight test roll to make sure my exposure and focus was correct.

I gambled that there would be a good knockout. Sometimes a fighter squats on his chest or falls into ropes, but Williams lands flat on his back. I knew it happened in a good place, but I had no idea how it would go until the film was developed.

But he always whispered an exclusive to a journalist – but it was the same exclusive he just gave to three others!

I was always a little crazy – most photographers do not hang around magazine labs, but I went to make sure they did not interfere with my film. I remember seeing this photo like yesterday. It was still wet, heading for the dryer, but even then I knew it was special. Fighters who look like wrestlers enter the ring today. But back in 1966 it was an old tradition: champion in white trunks, challenger in black, without logos or sponsors on a ring apron. The symmetry was perfect.

Look closely at the picture and you can see two television microphones hanging, one near Ali’s head and one near Williams. All Ali had to do was stand with one foot forward, or Williams could fall to the right of him, and that would be a bad blow.

The painting did not receive much recognition immediately; ran small in Sports Illustrated. But the photographers saw it. Ali’s next fight against Ernie Terrell was in the same place and to my great satisfaction there were three or four photographers competing to get the same place on the lighting platform!

But he was just one of the cutest human beings you have ever met. Ali stopped at the Jewish Home for the Elderly on his way back to Kennedy Airport and talked to the old people there – I went with him once. They cheered him on, saying, “You’re not that good, you know, Luis would kick you in the ass!” He would answer, “No, I would have it in two rounds!”

On the one hand I can count on the athletes I photographed and they became social friends, but Muhammad Ali is one of them. We were friends until he died, his wife is still my friend. Even when Parkinson’s disease was so debilitating, he was always available. He had great difficulty holding a conversation until the end, but always wanted to have friendly people around.

Has he ever commented on this shot? Several times. Whenever someone asked him about this or Liston’s picture, he would say, “Oh, that’s the biggest picture!” But when Howard Bingham showed him his pictures, Ali would say, “that’s the biggest picture!” He always whispered an exclusive in the journalist’s ear – but it was the same exclusive he would only give to three other writers! He loved the camera and he loved every microphone. We made a studio staff and he would say “give me 20 minutes” – an hour later he would still suggest poses.

When you get a great picture, over time you start to see small things that can make it better – maybe if I went in a little harder, you know? But this picture is almost 55 years old and, to this day, I have never found anything I could do to make it better. I hit the Grand Slam running home.

Trained: Self-taught – but I had a wonderful teacher at our camera club in Hree Street.

Low point“When Ali fell in the fight with Fraser in 1974, the judge was walking in front of my lens! “I put that punch in my book.”

Top on top“Be prepared. The more you know what the opportunities are, the better.”

• Neil Leiffer. Boxing. 60 Years of Fighting and Fighters was published by Tashen (issue 1,000) on December 7th.