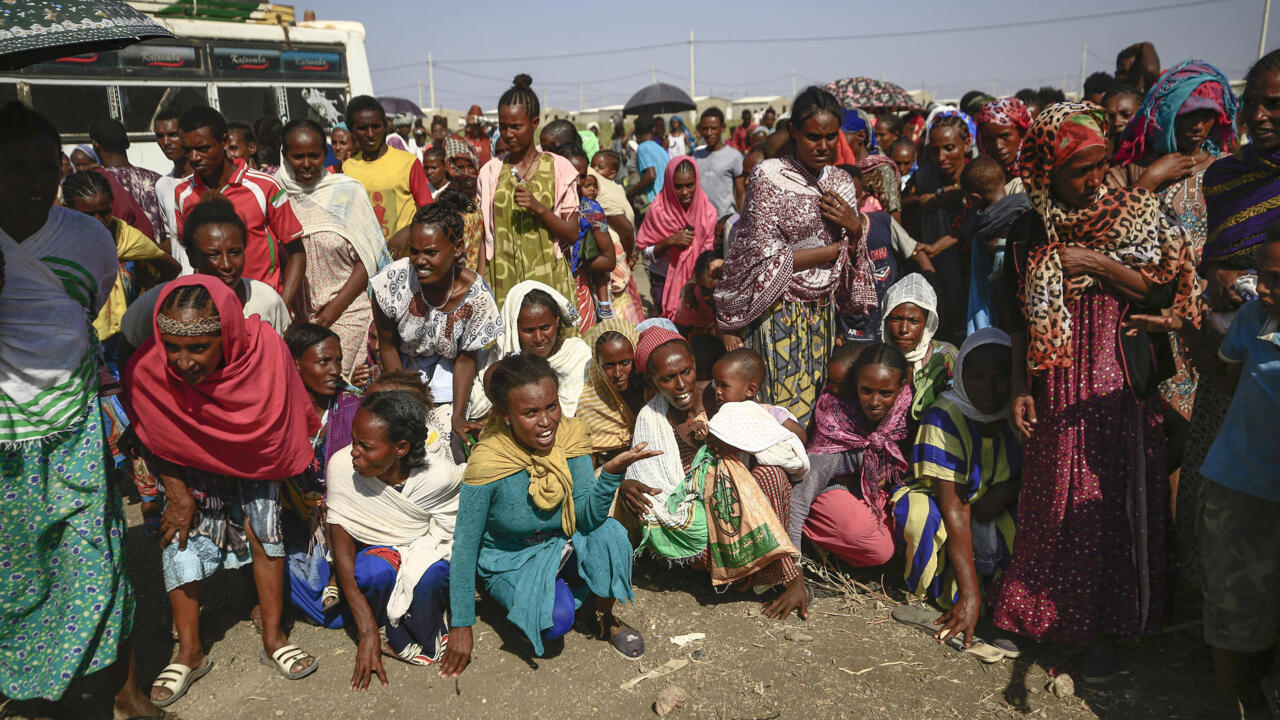 The Ethiopian government rejected African mediation efforts on Saturday, saying its troops had seized another town in their march to the rebel-held capital of the northern Tigris region.

For more than two weeks in an offensive by Prime Minister Abi Ahmed, the government has said Tigranian forces are bulldozing roads and destroying bridges to halt progress toward the regional capital, Meckel, home to about half a million people.

The Tigers promised “hell” for their advancing enemies. They denied destroying the bridges, but were not available for comment on the plowing of the roads.

Hundreds, perhaps thousands, have died and more than 30,000 refugees have fled to Sudan since the conflict began on November 4. Fighting has spread over the Tigris, whose forces have fired rockets at the neighboring Amhara region and the Eritrean nation, raising concerns about a wider war and the fragmentation of multiethnic Ethiopia.

The Tigers for People’s Liberation Front (TLFF) rebels say nine civilians have been killed in heavy shelling by Adigrat artillery.

The government could not immediately be reached for comment, but has repeatedly denied that it targeted civilians

It is difficult to confirm the allegations from all sides because telephone and internet connections have been cut off since the beginning of the conflict, and the media has been largely banned.

Eritrea denies allegations to the TPLF that it sent troops across the border to support the Abyssinian offensive against Tigris forces, who are also an old enemy of Eritrea.

On Friday, the African Union bloc appointed former presidents Joaquim Kisano of Mozambique, Ellen Johnson Sirleaf of Liberia and Kgalema Motlante of South Africa as special envoys to call for a ceasefire and mediation talks.

Abbey, who won the Nobel Peace Prize for a peace treaty with Eritrea last year, aims to catch TPLF leaders before they talk.

“The news circulating that lawmakers will travel to Ethiopia to mediate between the federal government and the criminal element of the TPLF is false,” the government tweeted on Saturday.

Abiy accuses Tigran’s leaders of rebellion against the central government and of attacking federal troops in the city of Dansha. The rebels say the Abyssinian government has marginalized and persecuted the Tigris since taking office two years ago.

Abiy denies this, saying he only wants to restore law and order and preserve the unity of Ethiopia and its 115 million inhabitants.

On Saturday, the government released a video showing many Tiger soldiers holding a meeting on the conflict. Soldiers listen to a loudspeaker and take turns talking in front of the camera.

Billin Sejum, a spokesman for the prime minister’s office, said all troops were active in Tigran’s service and that the meeting was part of a campaign to ensure that the military was not aligned with any political party or ethnic group.

In the video, a soldier says the army was like a family member for the Tigranes. Several condemn attacks on the military; one says that “the division of the army along ethnic lines in this way is completely unacceptable.”

Tigre’s forces were not immediately available for comment on the video.

Aid workers say the conflict is creating a humanitarian crisis in Tigray, where many of the more than 5 million people have already been displaced and relied on food aid even before the conflict.

Satellite imagery by US space company Maxar Technologies showed destroyed buildings set up on the main road near Dansha Airport, where the government said there was a surprise attack on federal troops on November 4.

The TPLF is popular in its home region and has dominated national politics since 1991, until Abbey took office. Abiy’s parents are from the larger Oromo and Amhara ethnic groups.

“We will do everything necessary to ensure that stability prevails in the Tigray region and that our citizens are free from harm and poverty,” the prime minister tweeted on Saturday.

Over the border with Sudan, the United Nations plans the possible arrival of 200,000 refugees.