Menstruation: Scotland is the first country in the world to provide free menstruation supplies 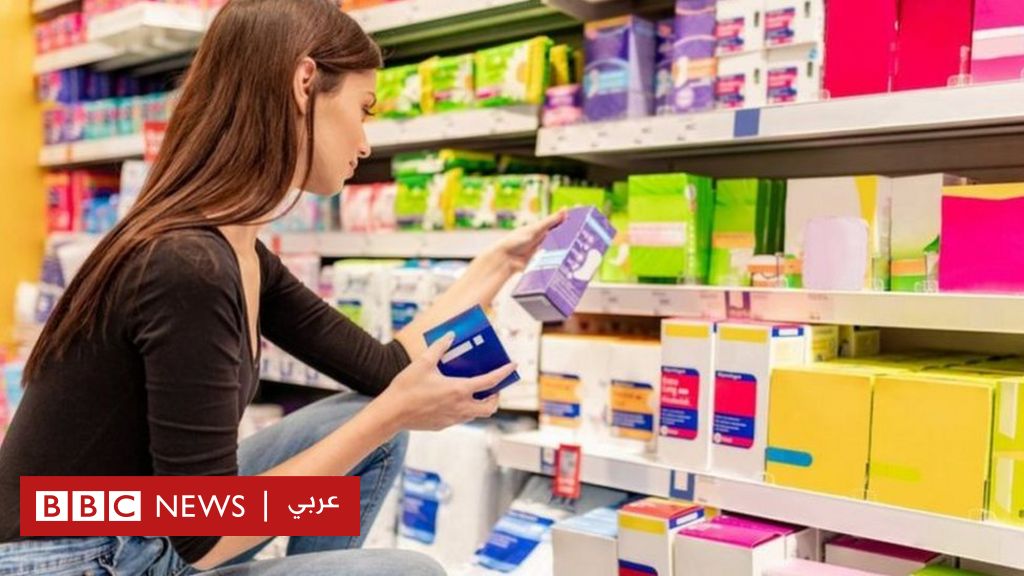 Scotland has become the first country in the world to provide free health products for women during the menstrual cycle, to address the inability of women and girls to obtain them during this difficult period.

The Scottish Parliament on Tuesday unanimously passed a bill on free menstrual products.

Under the law, local authorities will be required to provide free products needed by women during menstruation, such as tampons and sanitary pads, “to anyone who needs them.”

Labor MP Monica Lennon has introduced the bill and has been campaigning for the eradication of “menstrual poverty” since 2016, which means the inability of women and girls to provide the necessary means to have safe and healthy means during their menstrual cycle. .

Monica said it was “pragmatic and progressive” legislation that had become more important due to the coronavirus pandemic.

She added: “The menstrual cycle does not stop due to epidemics, so it is now of the utmost importance to provide basic sanitary products such as tampons, pads and reusable materials.”

What is the poverty of the menstrual cycle?

Poor menstruation suffers from women who are unable to provide the necessary funds to buy healthy products during menstruation.

Because menstruation lasts an average of five days, health products can cost as much as фу 8 a month, and some women struggle to cope.

How big is this problem?

A Young Scott Foundation study of more than 2,000 people found that one in four women in a school, college or university in Scotland suffers from an inability to provide the health products needed for menstruation.

The study also found that around 10 per cent of girls in the UK are unable to afford health products, while 15 per cent are struggling to save money.

19% of girls were forced to use other methods that were not very appropriate to cope with this circumstance due to their cost.

In addition to the bad menstrual cycle, the law also addresses the stigma associated with the period. Researchers say this is a special problem for young girls. The study found that 71 percent of people between the ages of 14 and 21 felt ashamed to buy menstrual health products.

The bill also addresses the impact of this period on education, as researchers found that almost half of the girls surveyed were absent from school during this period.

What difference will the law make?

The country’s 32 local councils will decide on the practical arrangements necessary for implementation, which will ensure that “everyone” has access to a variety of health products “with reasonable ease and dignity”.

An advisory document also suggested the use of a model health care system that provides free condoms.

In the Glasgow and Clyde area, for example, anyone who wants a free condom can order it from several locations, including general clinics, pharmacies, colleges, and universities, and can request it in a special form so they do not have to search for it verbally.

The scheme will be implemented within two years after the law becomes law.

The bill provides for ministers in the future to require other “specific public service agencies” to provide free menstrual supplies.

The law also includes the free provision of these materials in schools, colleges and universities.

Earlier, the Scottish government decided to support the bill in principle, despite previous opposition, out of “great and very real concern” about how it would work.

The government proposed important amendments to the bill during its presentation in parliament, which means it is now supported by all parties in the capital Edinburgh.

What are the current measures to treat menstrual poverty?

Today, tampons, sanitary pads, and some reusable products are funded in schools, colleges and universities in Scotland.

The Scottish Government has provided 5 5.2 million in funding to support this, with половина half a million being donated to charity Fare Share to provide free menstrual supplies for low-income families.

The government has also provided со 4m to city councils to expand distribution and include other public places, in addition to another 50 50,000 free of charge at sports clubs.

Some products are already provided free of charge in some places, including many bars and restaurants, and their owners take on this task, which is a gesture of goodwill and is not a mandatory requirement.

The UK Government has a Working Group on Poverty during PMS, with the primary aim of tackling stigma and education during menstruation. It also wants to improve the availability of its stocks.

Menstrual protection products were also introduced free of charge in all primary and secondary schools in England in January.

Since 2001, the UK has introduced a 5 per cent value-added tax on menstrual products, as EU rules mean that this “compensation tax” cannot be abolished or further reduced.

Over the past five years, however, the British government has put the money it has raised from the value added tax on menstrual products into a buffer tax fund used to support women’s organizations and charities.

The Tesco supermarket chain cut the price of the products it sold by 5 percent to cover the value added tax imposed on these items.

Now that Britain has left the European Union, it is up to the government to set the VAT rate on menstrual products, as ministers say they want to abolish the tax entirely on women’s health products as soon as possible.

There are some countries that have reduced or eliminated taxes on menstrual products, including 12 states in the United States and countries such as Kenya, Canada, Australia, India, Colombia, Malaysia, Nicaragua, Jamaica, Nigeria, Uganda, Lebanon and Trinidad and Tobago.