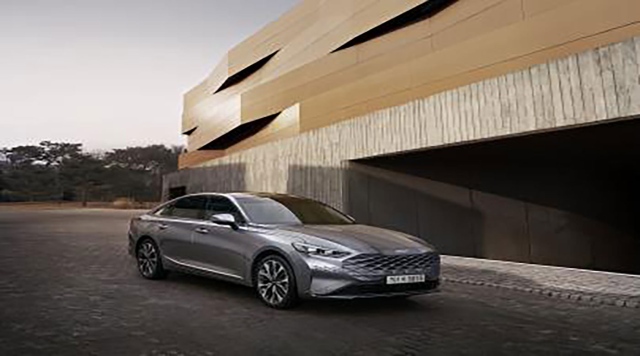 South Korean company Kia, which changed its name from Kia Motors, introduced the new sedan “K-8” as the first car to bear the new logo.

Kia announced on Wednesday that it had named the new K-8 car as the successor to the K-7 and unveiled its exterior design.

The K-7 was launched with the introduction of the first generation in 2009, and its total sales exceeded 500,000 cars worldwide.

Kia said the K-8, which has taken the form of an innovation for the K-7, has improved in all aspects, such as design, size and commercial quality.

The official image features a total length of 5,015 mm, with a low ceiling, which embodies the sporty character and elegant exterior design.

A company official said Kia would gradually reveal the interior design and technical specifications in the future.

Last month, the company name was changed to Kia Inc. instead of Kia Motors, with the ad sentence changed to “Inspiring Movement” instead of the previous sentence “The Power to Surprise” as part of a plan to reorganize its business.