Hind Abdel Halim and her husband on Al Jum al-Sabea TV: The last quarrels between us since Camera Day 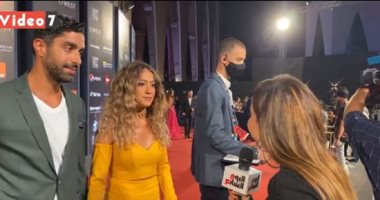 On the seventh day, TV conducted an interview with the artist Hind Abdel Halim and her husband Karim Kandil, on the sidelines of the activities of the fifth day of the El Guna 2020 festival, and the meeting entitled “Questions Outside” was conducted by colleague Mena Yahya, photographed by Mohamed Chitos .

The first question I asked Hind artist Abdel Halim and her husband Karim Kandil was, “Who in you is changing more than the other?”

In response to the question: “When was the last quarrel between you”, Karim Kandil, husband of Hind Abdel Halim, answered: “How many days do they often wear a dress. “It’s too much for the bag.”