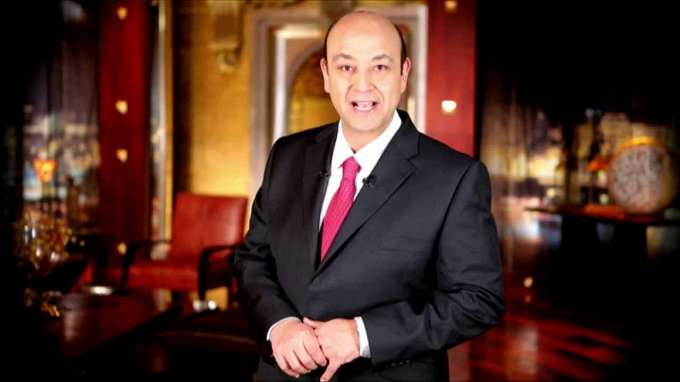 The media, “Amr Adeb”, expressed his great happiness when Zamalek defeated the club “Misr”, with two goals in one goal, in the match he collected today, during the quarter-finals of the Egyptian Cup, where on the air chanted: “Zamalek .. Tate Tate .. Zamalek”.

The journalist “Amr Adib”, through his presentation of the program “Al-Hekaya”, which is shown on the screen of “MBC Egypt”, said that Zamalek was able to win against the club “Masr” and overcome that obstacle, after being defeated by a goal for nothing, in addition to expelling someone His players.

He continued: “Thank God, Zamalek overcame the obstacle and remained in good and good psychological condition, so he will go with joy and meet Al-Ahly in the final of the African Champions League.”

On the other hand, the journalist condemned the dispute that took place between the Egyptian wrestling champion and her coach, who reached the point of beating and quarrel, and going to the police station to write a report, which indicates that the Egyptian Olympic Committee has taken several decisive and decisive measures on the issue. Because it is immoral and unsportsmanlike.

Zamalek’s team managed to beat the Egyptian club, with two goals to one, in the match that united them in the quarter-finals of the Egyptian Cup.

The match witnessed excitement and fun between the two teams, as two goals and two shots from the white spot were canceled for Saleh Al-Zamalek, as Kasongo scored and was canceled due to offside, Mustafa Muhamed managed to score a goal and was canceled, while Osama Faisal received a penalty and was disallowed to the referee and counted out of the box.

The dollar is falling amid warnings of further decline

Maradona: The body of the football legend was transferred to the presidential palace in Argentina

Samsung offers a sophisticated phone at a competitive price

Food doctors warn against eating on an empty stomach

Medium for Cairo .. We publish a map of rainfall places on Thursday