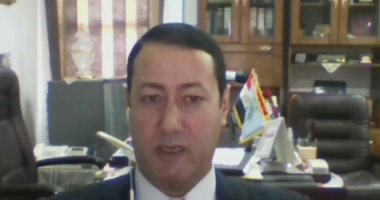 The National Institute of Astronomical Research, led by Dr. Gad El-Qadi, has denied that it is spreading on social media about the planet being exposed to three dark days at the end of next December as a result of a solar storm.

The “Seventh Day” announces the reality of the Earth eclipse in simplified points, as revealed by the National Institute for Astronomical Research:

1- Rumors were circulating on social media that the planet would be exposed to three dark days at the end of next December.

2- Myths brought back the darkness of the earth as a result of the solar storm.

3- The Institute of Astronomy has confirmed that it is not right for the planet to experience dark days as a result of a solar storm.

4- The Institute of Astronomy also confirmed that so far no abnormal phenomena have been detected in relation to this matter or anything else.

5 – Such news is often repeated along with the approach of the end of the year and the beginning of the new year.

6- Solar storms have nothing to do with the planet’s eclipse, because they are natural cosmic phenomena that have no serious impact on the planet.

7- The institute in coordination with many observatories, the sun is constantly monitored and gives forecasts for the solar activity.

8- The Institute, through the magnetic observatories in which it works (Fayoum and Abu Simbel), monitors and measures the magnetic field of the Earth around the clock, as well as monitors any abnormal phenomena, including solar storms.

9- Solar activity reached its peak in 2013, and the planet Earth witnessed the phenomenon of aurora.