The Czech Motorcycle was counted two matches, lost six points and a lead in the table 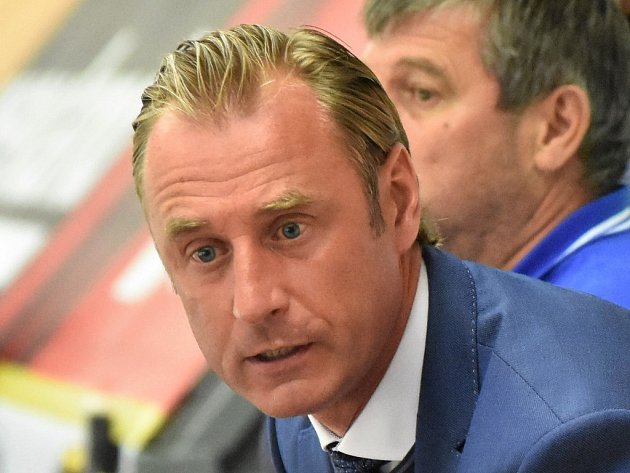 České Budějovice – Průšvih. How else can we call it. Two final victories in Kladno (3: 2) and Usti nad Labem (4: 0) are considered hockey players at Čez Motor. Both lost to 0: 5, and six points came into the table. In the middle of South Bohemia they will be welcomed at Budvar Arena from 17.30 Třebíč.

Where is the error? In the jersey of Junior, an older player took the allowed limit in both matches. By December 10, each game can reach a maximum of 21 players. Two goalkeepers, regardless of age and nineteen players on the pitch, with a maximum of seventeen years may be at the age of twenty years.

But in both cases, Martin Beranek was just one of the boys. "The nomination for the competition is entirely within the competence of the coaching team," says Stanislav Bednarik, general manager of the club. "The teachers were informed about the technical standards of the competition before the season," he adds. "It's a matter of the sporting part, run by the head coach Vaclav Prospal. But I can not even notice that I did not notice it," he admits.

However, one thing is that Bednarik is sorry and can only agree with him. "Of course, this is our fault and we are not hiding for nothing, but why is it not outside of the state set up to make the mistakes of the judges before the match. And not that the alliance will reveal our mistake backwards, and then there is a contamination from us, we did not intend to gain an advantage, and we did not get it. "The player we illegally put in both matches played only a minimal time." Ice games should be decided on ice, not on the table, "he said.

The coach Vaclav Prosper faced an unpleasant situation, as well as his good practice. "I put the team as strong as possible so that we can win," says the coach, who takes responsibility for completely wrong. "That's right, my mistake goes, and I'm responsible for that. I will not throw it over to anyone else." The six points have come to follow me, "he says again.

The paradox is that young players get a lot of opportunities under Prospall. "We are building the best team to win the matches, I do not see so much that the youth is a merit for the player, I mean that rule, but, again, it's my fault and it's all over me," he said.

The problem can be raised at least after the first match in Kladno. "It's just a mistake in the sporting part I'm doing, so I have to eat it." If someone wants to punish someone, then he can only scold me, "he says.

Something similar should not be repeated next time. "Of course. It's a great lesson for us," squeakily nods. "There are still rules here. I live in the belief that I'm building the best model to win the game," he says.

The loss of six points is, in any case, very unpleasant. "We know that we have won ice competitions, there are two possibilities: either we will regret and withdraw our heads, or it will be a great incentive to return to the first place, as it happens, we will see you soon. with Trbec, who is in Lauf, has excellent players and plays fast and technical hockey, there are many qualified players and excellent goalkeeper Dostal. "The match in Treschec was very difficult and I do not expect any light even at home now," he says.

He was not enthusiastic about his performance in Usti over victory. "Although the match was far from ideal, we won 4: 0. We played a great game in Kladno before, and the Union punishes us, and that's exactly what I'm taking." "I'm sorry for the boys and all of us because I know what we're doing for all of us. No one will deceive me, but I'm very excited. "

At ice, 4: 0 Motors won in Usti, but the result was better than the performance. "We did not play well in terms of jump, playing in the defending zone and the duels, and the game was played by Honza Strmeň in the goal, he was our best player," Usti finished better with 4-0 for us. , and in turn it was far from ideal. I believe that it will be diametrically different from Trebach in relation to the overall performance of our game, "he said.