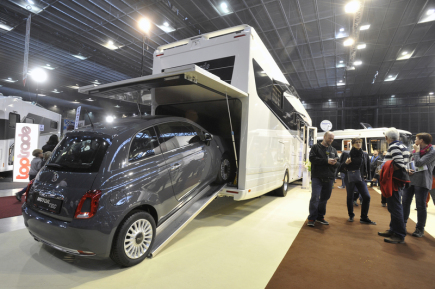 Brno – all possibilities of mobile life on bicycles are represented until Sunday afternoon by Caravaning Brno, which this year was occupied by two pavilions of the exhibition center in Brno.

In Hall F there are premium brands, in Pavilion P there are other brands and accessories, camping equipment and caravan advisor. The cars exhibited in Pavilion F show that traveling on your own wheels does not necessarily mean a modest nomination. 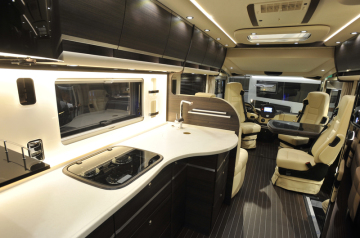 "At the Blue Rent stand, there is one of the most expensive caravans on the market, which has almost half a million euros (almost 13 million kroner), as well as a garage for a small car," said Michał Svoboda, director of the fair. Visitors can also view the interior of this luxurious 12-meter road that provides comfortable accommodation for up to six people.

New on the world market is in the same pavilion "Le Voyageur Signature" at the stand of J.M. Trade. It is the only car without external mirrors. "On the body you can see projections in which there are cameras, it has a double effect – you can not insult them like large exterior mirrors, and their removal also slightly reduces wear, especially noise," – said Jan Myslil. 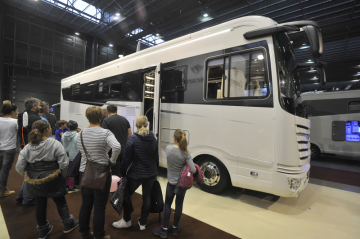 The main advantage, however, is greater driving safety and parking. "Cameras work regardless of rain or darkness, while in rearview mirrors you can easily dazzle the car behind you, cameras make the picture is even better for the computer, so the light not only fails, but also the outline of the car following you", he added I used to think.

There are two cameras on each side that can eliminate the so-called A dead point, another camera shows events behind the car. It can also be used while parking and in the car. "If you feel that someone is circling your car, you can check it with cameras because you can see the whole area of ​​the car," said Myslil.

In addition to enjoying luxury caravans and caravans, people in the open air can also check the handling characteristics of some models or check out the caravan bazaar.