“Truth be told, we have no fear”: Duke a Mancuso 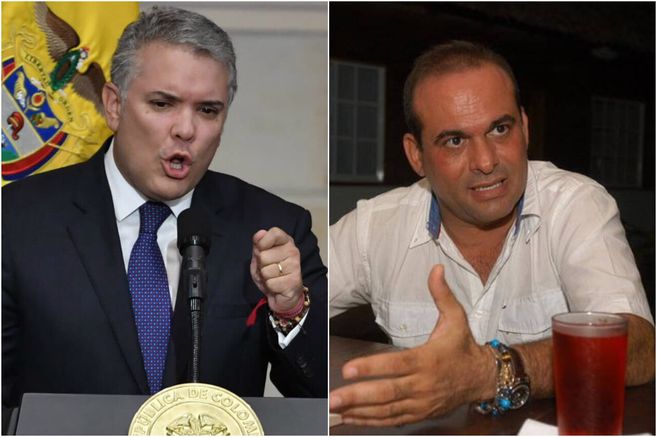 The president responded to the former paramilitary chief, who said he feared he was aware of the responsibility of the state and its governments in forming self-defense groups. Earlier, the president himself expressed his rejection of the extradited EPEP escort leaders.

After the former paramilitary chief Salvatore Mancuso criticized him President Ivan Duke, claiming that “It fears the truth and prevents its reconstruction.” – Because the President opposes the extradition of members of self-defense groups to the Special Jurisdiction for Peace (PE)-, this Tuesday the head of state answered him and called not to “Table game” to be admitted by that court.

From Popayan, where he was conducting a workshop on reactivating the Caucasus, the president warned that several paramilitary leaders had in anticipation of debt with justice Colombia for crimes against humanity and must return to the country and pay for those crimes.

Read also: Mancuso continues to struggle to leave for Italy and avoid returning to Colombia

“We are not really afraid of that. But do not try play under the table to try to be connected to the PE so that they will enjoy any prison sentence and benefit of non-extraditionNamed head of state.

The president, who did not oust Mancuso from “Bandit” and “criminal against humanity “, claims that the former paramilitary chiefs were convicted of drug trafficking, but” on heinous crimes that they have committed must come answer them here, in Colombian prisons “,

Duke insisted that “those criminals against humanity ”must serve their sentences that they are waiting for the law of justice and peace and he warned that if “they are looking for lawyers to serve as a manager” forever “to later arrive at the PEP and thus avoid justice, make it clear as long as I am president it will not happen, because here we will continue to defend justice.

Earlier, in a conversation revealed by the station On the radio, Mancuso claims that Duke “is afraid of the truth. He tore his clothes hypocritically seeking the truth, but prevents its reconstruction that is why it is unnecessary and illegal to interfere in the autonomy and independence of justice. “

The above, after Duke criticized on 12 November that the former paramilitaries had come to the PE, despite the fact that they had been demobilized under the Law on Justice and Peace, jurisdiction other than PE. “Those who were extradited should not intend to reach the national territory ask gadgets to link to new transition patterns “so they do not have a prison sentence nor can they be extradited,” the then head of state said.

Read also: “Salvatore Mancuso’s future in Colombia must be a prison”, Ivan Duke

In response, Mancuso said: “If we want peace, reconciliation and non-repetition, It is essential that Colombia knows what has happened in more than 30 years of war. “The state and its governments are responsible for the origin, consolidation and recurrence of the armed conflict.”

The former commander of the paramilitary assured that “out of fear” some do not want all the actors in the conflict to come to the PE, “to prevent this reconstruction of this truth together, because it will unequivocally reveal that responsibility of the state and its governments. “And that is exactly what President Duke does not want.”