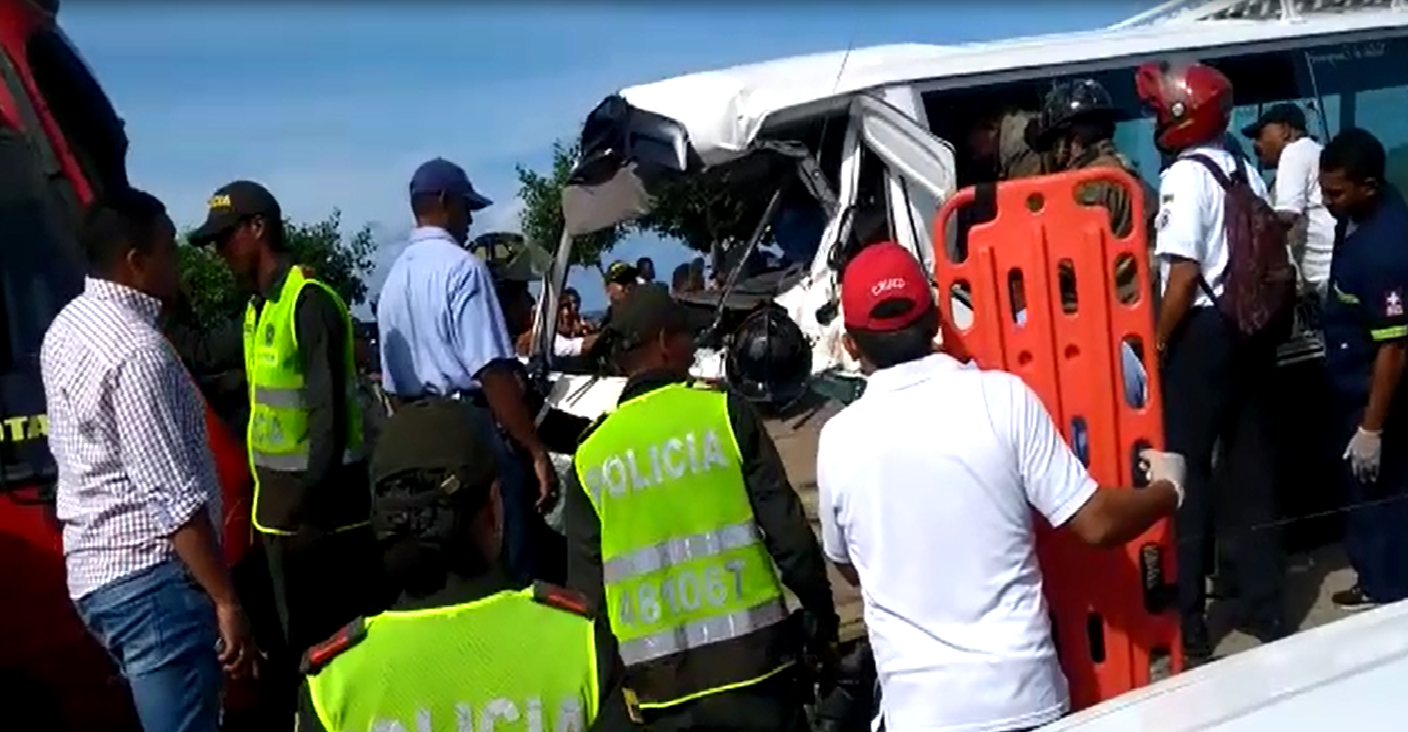 On the morning of this Wednesday there was a serious accident at Santander Avenue, right at the entrance to the Bocagrande tourist area in CartagenaIn the incident participated a public transport bus, a company car, a motorcycle and a private truck.

According to the authorities' first hypothesis, apparently the bus, which includes the Socorro-Jardines route, in its willingness to observe the travel schedule, ignored the red light which caused an accident that until now leaves seven people injured as a balance.

# ATTENTION There was a serious accident in the area #AvSantander, at the entrance #BocagrandeThe bus collided with the company vehicle #Gematours, The incident also concerned a private truck and a motorcycle. The first report states that there are 7 wounded. pic.twitter.com/vQ2YuIPPSr

It is worth mentioning that Santander Avenue, due to the celebration of Independence Day in a heroic city, It remains on the closed belt and the other on, which works with the return flow and a dual sense for the mobility of the sector, a factor that also influenced the time of the accident.

This temporary closure results from the installation of boxes and the rest of logistics in order to implement "Independence Parade "scheduled for this Thursday, November 8.