Mutants among us: 5 genetic mutations that make you superhuman 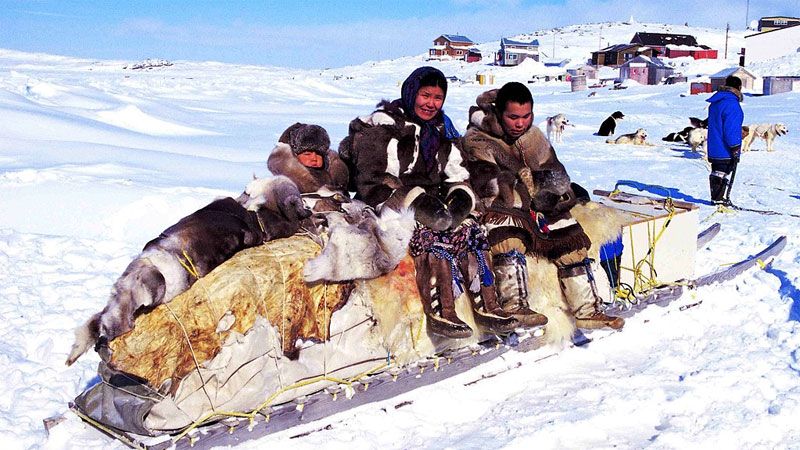 Fantasy is full of superheroes who have supernatural gifts. But the truth is that some ordinary people also have special powers and often do not know.

It's about the genetic benefits that a very small part of the population has.

These benefits result from a genetic mutation, a natural process that changes our DNA.

Like some of them inheriting genetic diseases, others have more luck and inherit genes that give them extraordinary abilities.

Below are five examples of some of the advantages that you can get from your genes.

Most of us see everything blurred if we open our eyes when we immerse ourselves in the water.

This is due to a problem in physics: the density of water is similar to the density of liquid in the eye, and the refracted light can not enter the eye.

This is why people usually only see well when we have contact with the air.

But there is one exception: Moken people who inhabit the Andaman Sea, the Indian Ocean sector between Burma and Thailand.

This tribe is known as "Gypsies of the Sea" because they spend most of the year in huts on water or on boats, and only land to get supplies.

If you have mutated genes, you can see crystal clear water.

It is believed that this genetic mutation was created because Moken spend a lot of time underwater, collecting food from the seabed and fishing spears at the bottom of the sea.

Scientific research published in 2003 in the journal Current Biology revealed that the genetic mutation of frogs causes their eyes to change shape underwater.

This allows for proper refraction of the light at the entrance to the eyes and allows clear, even submerged dipping over 20 meters underwater.

Another genetic predominance observed in some indigenous peoples is related to the ability to withstand low temperatures.

The human body has a normal temperature range from 36.5 to 37.5 ℃. That is why most people are better prepared to deal with a hot climate than a cold climate.

A normal body can not withstand extreme cold. But there are some populations that have this ability thanks to a special genome.

Tribes such as Eskimos residing in the Arctic or Nenets who live in northern Russia, have adapted to low temperatures.

Their bodies react differently to the cold because they are biologically formed differently from the others.

For example, they do not tremble from the cold, have less sweat glands, their skin is much warmer than normal, and their metabolism has much higher rates.

These skills are purely genetic: if you move to the center of the North Pole and live there for decades, you will not get the amazing abilities of people who carry these mutations.

One skill you can have without belonging to any tribe is to work with fewer hours of sleep than usual.

Several studies have shown that most people have to sleep 7 to 9 hours to be able to feel refreshed.

Sleeping less can cause problems with concentration and health, both physical and mental.

However, a study conducted with twins in 2014 led the American Academy of Sleep Medicine to discover that there is a genetic mutation that allows some people to need less sleep.

People with a mutated DEC2 gene have the ability to more intense REM sleep, so that their rest is more effective.

With 6 hours of sleep or less, you feel completely rested and ready to face the day.

Experts, however, explain that this mutation concerns an extremely small group of people – less than 1% of people who report a small problem with sleep.

Therefore, if you sleep very little and think that everything will be fine because you may have a genetic mutation, it is more likely that it is not and you need more hours of rest.

This advantage seems to stem from a comic book about superheroes. A character can be called a "man or woman with strong bones".

Most of our skeletons lose density and bone mass with age. It is known as osteoporosis and can cause fractures and bone deformities.

But there are also people who have a mutation in the SOST gene that controls protein sclerostin that regulates and controls bone growth.

A study by scientists and scientists at Chiroscience in Bothell, Washington, has shown that those who have this mutation do not lose bone mass as they grow older.

Their bones accumulate density and mass over time, giving the skeleton to a much younger person.

This mutation was found in some people of Afrikaner origin, because the populations of Dutch origin living in South Africa are known.

Now scientists are looking for ways to replicate this mutation to allow other people to reverse the aging of their skeletons.

The Andean communities call it "soroche", and anyone who has suffered will not forget it easily. It is discomfort felt at high altitudes by lack of oxygen.

There are many tricks to avoid: move slowly, eat little, do not make great efforts, chew coca. Some people resort to medicines. But the truth is that even so many falls of "apunados".

However, this is not a problem affecting populations living in the mountains.

Studies conducted on the Quechua in the Andes and Tibetans in the Himalayas have shown that they have genetic advantages that allowed them to adapt to the environment.

Their torsos are larger and have a larger lung capacity, allowing them more oxygen with each inspiration.

And while most people produce more red blood cells, when their body receives little oxygen, they produce less.

These characteristics are preserved even when these populations move to lower places because they are part of their genes.

Perhaps this mutation officially does not make them "superheroes", but more so than a tourist who is trying to climb the mountain at the ant rate and is overtaken by a place that runs up – sometimes with several bags – certainly believes he has superpowers.