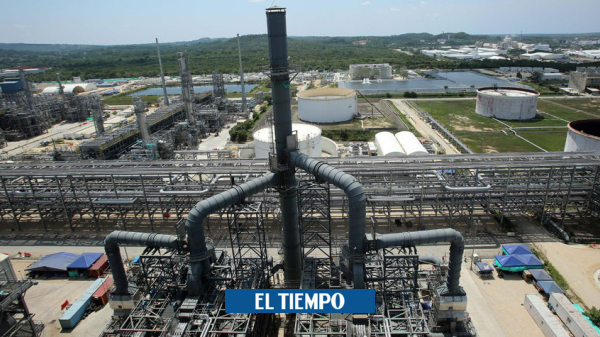 According to the financial results of the second quarter of this year published today by Ecopetrol, the state oil company made a net profit of 855,000 million pesos. (You may be interested in: “Green light for VAT reduction for airline tickets”).

Although the figure is almost 72 percent below the more than 3 trillion pesos reported in the same period last year, it far exceeds those of the first and second quarters of this year. which were located at 133,000 million pesos, respectively.

It is worth noting that between January and September this year the company’s net profit already exceeded one billion pesos.

According to Felipe Bayona, president of Ecopetrol, there is a recovery in many ways, after the difficult second quarter.

“This crisis we are going through,” he said, “has no precedent; It was very difficult from the point of view of price war and pandemic. In the third quarter we see important signs of recovery, especially in relation to the demand for our products; also in the price of Brent, which is a reference for crude oil from Ecopetrol “.

During the first quarter, the oil company produced 720,000 barrels per day, in the second quarter this figure dropped to 670,000 per day as a result of the pandemic and the subsequent fall in oil prices, and for the third quarter it rose to 681,000 barrels per day. .

A similar dynamic, given by the same factors, was seen in terms of crude refining.

In this regard, the President of Ecopetrol explained that “During the third quarter, Cartagena and Barancabermeia refined 324,000 barrels per day; It should be noted that September is the first month in which we had a shipment of 100 percent national crude oil in Cartagena. “It allowed us to have additional yields and efficiency.”

Bayona pointed out that Ecopetrol is one of the few companies in the sector in the world that has positive figures for the three quarters of this year.