Cúcuta and Union Magdalena to return to A – Colombian Soccer – Sports 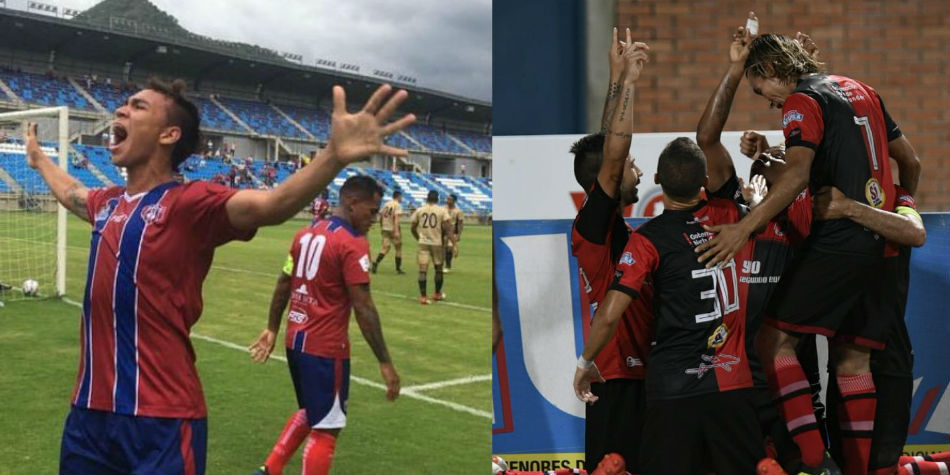 Cúcuta Deportivo and Union Magdalena, two historical Colombian footballs, caress their return to the highest flight. They both made all the merit this year; they were the best of B, they travel with impressive precision in the last quadrangle and are one step away from sealing, and finally return to A.

They are the leaders of their groups and they have not lost. That is why they are the favorites to keep the limit. Cucuta stands this Sunday as a guest to Cortuluá (15:15). He has 10 points, and his opponent escorts him from 6, that is, there are four points difference between them with two missing dates. So a tie in the stadium on October 12 will suffice fans of the motilon to celebrate their promotion, after three years of suffering in B.

Cúcuta, led by Argentine Lucas Pusineri, was the best team of the year in a promotion tournament with 81 points. In the quadrangle he had a strong step: associated with Llaneros, he won in Cortuluá and both games for Real Cartagena.

However, you can not trust them. Cortuluá, which is another monument of national football, does not lose hope. Your accounts are clear; they must stop the red and black team today to get to the table to stay at one point.

"In football, self-confidence kills people just like in life, so I can not afford to disrespect my rivals, we always try to show a colorful and labor-intensive ball, then, if the sports score is given, it's better", said coach Lucas Pusineri Caracol Radio who came to the club earlier this year.

The second big B, who wants to return to A, is Unia Magdalena, who, like Cúcuta, carried out an amazing campaign in 2018, being the second best team in the classification, and the leader of group B, with 10 points. The Samaric team receives this Monday at its fortress in Deportes Quindío (15:15), its pursuer who has three points. It depends on the victory to become unattainable. You can get involved, but if Pereira, who will face Valledupar, does not win.

The union is a favorite because it plays at home because it has not lost the game throughout the season at home. In the last phase, he defeated Pereira 3-0 and defeated Valledupar 2-0, playing at home. Magdalena has been looking for promotion since 2006, going through critical periods. Today, in the end, it is very close to achieving this desired goal.

"We have a group of players who are mentalized just to win, we start the game after the game, and on Monday we focus on getting a good result," said EU trainers Harold Rivera.

If Cúcuta and Unión ensure first places in their groups, they will face the final. However, since both are unobtainable classification leaders in this ranking, both of them directly insure their promotion, which is the regulations for the champion and the leader of this year's table.