Home / china / Science and Technology Board is near, the spring of the capital really came? – Finance news

Science and Technology Board is near, the spring of the capital really came? – Finance news 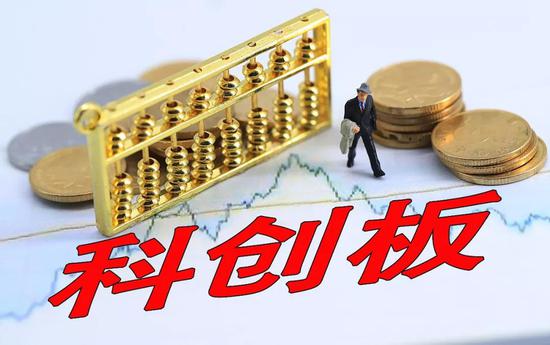 Science and Technology Board is close, and the spring of venture capital really comes?

Expected rules for science and technology board finally landed, the circle of venture capital is boiling!

"In the current decline in the capital market, the Science and Technology Board has brought new hope for the VC / PE." Wu Qiang, the founder of New Venture Capital, excitedly said in an interview with the journalist "International Finance News".

On the evening of January 30, the Board of Science and Technology put the plan for reforming the pilot system for field registration. The Shanghai Stock Exchange is responsible for publishing and listing the board for science and technology, and the CCRK is responsible for registering board shares.

What are the preferred venture capital institutions?

Wu Qiang told reporters that according to the scientific and technological board's bonus, investment institutions could gradually prefer to invest in Kechuang projects, and investment funds "flow" to technology innovation enterprises. Relatively speaking, the phenomenon of "wind" investment has weakened in the past. All in all, the Board of Science and Technology is suitable for investing venture capital funds and will ultimately promote the development of national science and technology innovation enterprises.

Implementation of the System for Registration of Science and Technology and Pilot emphasized that it will focus on supporting high-tech industries and strategic new industries, such as next-generation information technology, high-tech equipment, new materials, new energy, energy conservation and environmental protection and biomedicine. 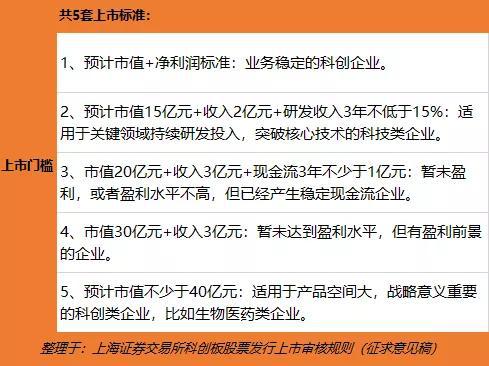 Among them, the listing standard 5 mentions that "pharmaceutical industry enterprises should receive at least one second-class clinical trial for new drugs, and other enterprises that meet the needs of the scientific and technological board must have obvious technical advantages and yes meet the appropriate conditions ".

Hu Xubo, managing partner of Qiming Venture Capital, told the International Financial Report that the Board of Science and Technology will become one of the outlet channels of investment institutions and is expected to promote active investment and financing of innovative pharmaceutical companies, which will contribute to the development of the innovative pharmaceutical industry in the long run.

"The five sets of listing standards are formulated, mainly to accommodate enterprises at different stages of development. Priority will be given to enterprises that have rapidly developed to maturity," said the person in charge of the Shanghai Stock Exchange.

CITIC securitiesIt is said that science and technology enterprises are favored by capital, but there are features such as high initial investment for research and development, an unclear profit model or rapid technological innovation in the industry, which can lead to greater uncertainty about the development of the enterprise.

In the long run, the science and technology board after the registration system is quite mature will have "two to eight differentiations" on Nasdaq and the market in Hong Kong. Only companies with real value and true growth can enjoy a high estimate, and waste companies must withdraw only from the market. The exit, and in turn, led to the restructuring of the entire valuation of the shares.

Reduction and withdrawal of venture capital are more flexible

Science and technology enterprises rely on founders and key technical teams. The future development is uncertain. It is necessary to maintain the relative stability of the shareholder structure and to ensure the sustainable development of the company.

To this end, the rules of support of science and technology have brought more targeted arrangements for reducing the shares of scientific and technological enterprises. Among them, they provide more flexible ways to reduce stakes for other shareholders, such as venture capital funds. After the limited sale of shares before the start of the action, in addition to implementing the reduction of current funds, a non-public transfer method can be adopted to reduce its own shares in order to facilitate the withdrawal of investment funds and promote the formation of innovative capital.

A venture capitalist who did not want to be named, told "International Finance News" that the list of scientific and technological enterprises has provided new channels and is expected to become another major channel for exit from risky IPO institutions and mergers and acquisitions. Market liquidity.

From the analysis of the four links of "private equity growth and management", the Science and Technology Board has brought the "more flexibility" and other gospels to the primary market.

Wu Qiang told reporters "International Finance News" that in the "withdrawal" and "recruitment", the scientific and technological board increased the output channel, increased the liquidity of speculative capital, the industry is more active, in particular to help ease the difficulty of collecting funds in the cold winter. Dilemma. As for investment and governance, it depends on the positioning of VC (risk investment) / PE (private equity investment), after all, the science and technology board is mainly for science and technology innovation projects.

The scientific and technological board is exciting, but there are also uncertainties in the future.

For the primary market where liquidity is already weak, the "exit" is particularly important. Liquidity on the secondary market will be transferred to the primary market and whether the scientific and technological board will become an effective channel for exit will receive a lot of attention. Some people are even worried that the problem with the insufficient liquidity of the New Third Board will appear again in the science and technology board.

Fan Bo, general manager of the Capital Investment Department, told "International Finance News" that the science and technology board is different from the new three boards. The registration system has a threshold for listed companies. In fact, the quality and quantity of listed companies are the main reasons for the impact of liquidity. On the one hand, the new three-board listed companies "excessive supply", on the other hand, the investment threshold is relatively high, resulting in insufficient liquidity.

In addition, for the uncertainty of the future development of science and technology enterprises, the Xinhua news agency also said that as a new work, the scientific and technological board in the process of reform and advancement, it is inevitable to have some upheavals and changes. For example, the listed new shares may be spent, listed companies may lose their development, and investors need to adapt to more market-oriented trading systems. However, for market participants, multiple reasons, patience and tolerance are also needed.


Blue Statement: This news is reproduced by Blue Media Co-operation, Sina.com has published this article in order to convey more information, does not mean that it agrees with its views or confirms its description. The content of the article is for reference only and does not constitute an investment advice. Investors work on this basis at their own risk.