Pompeo’s visit to Sri Lanka, a controversial deal that has been delayed for many years may land | USA | Sri Lanka | Pompeo_ Blue Military_Sina.com 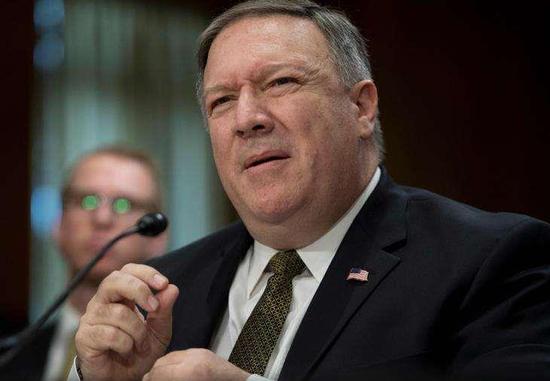 US Secretary of State Pompeo will visit Sri Lanka from the 27th to the 28th of local time. During this period, he will hold talks with Sri Lankan President Rajapaksa and discuss the signing of three economic and military agreements between the United States and Sri Lanka. Lanka. Analysts say that while people in Sri Lanka are concerned that the deal could hurt their country’s sovereignty as the country’s political and economic situation changes, the deal, which has been negotiated for several years, could land.

Aesthetics are increasing their influence in the Indian Ocean

The South China Morning Post reported on the 27th that prior to Pompeo’s visit, major Asia-Pacific countries such as India and Japan had just conducted diplomatic activities with Sri Lanka to strengthen their relationship with Sri Lanka, which has been steadily growing in strategic position in region. On September 26, India and Sri Lanka held a virtual summit at the Prime Minister level; On October 1, Japan and Sri Lanka held bilateral dialogues on maritime security, defense and ocean issues.

As for the United States, Pompeo is likely to discuss three agreements between the two countries that were not finalized during the visit. These are the $ 4.8 Billion Millennium Challenge Corporation Agreement, the Accession Treaty. and cross-border services (ACSA) and the Status of Forces Agreement (SOFA), the latter two will give the US military greater operational comfort in Sri Lanka.

“Hindu” (Hindu) published an article on the 27th that Pompeo is the highest American official to visit Sri Lanka during the term of the current US President Trump.

R. James R. Holmes, a defense analyst at the U.S. Navy Military College, noted that the United States has a number of measures in place to improve the level of interaction with Sri Lanka. He stressed that although the United States has a military base and an airport in Diego Garcia, British Indian Ocean Territory, its remote location makes it more inappropriate for the US military to conduct naval operations in the Indian Ocean.

Contracts that are delayed for many years can land

Many analysts point out that the current US Center for Political and Military Strategy has shifted from the Atlantic Ocean to the Indian Ocean and the Pacific, increasing the importance of the two military agreements (ACSA and SOFA) that the United States wants to sign with Sri Lanka.

However, as the two agreements not only give the US military greater and greater freedom of action in Sri Lanka, but also give them immunity from prosecution when they commit any crimes in the country, the people of Sri Lanka have long been concerned. that the signing of the above treaty would harm the sovereignty of the country, he always resisted the treaty.

However, the two countries are currently resetting their bilateral relations. “Pompeo will leave for Colombo to reaffirm the United States’ commitment to partnering with a powerful and sovereign Sri Lankan country and to promoting regional freedom and openness,” the State Department said in a statement.

Since the parliamentary elections in August 2020, the antipathy of society in Sri Lanka has weakened. According to a report by local Sri Lankan media outlet Newsfirst on the 27th, just before Pompeo’s visit, only some Sri Lankans who supported the opposition People’s Liberation Front (JPF) protested in front of the US Embassy in Colombo in the morning in protest against the arrival of Pompeo. visit

In addition to changes in the political situation, the Sri Lankan economy urgently needs foreign investment, especially from the United States, to facilitate recovery. The Sri Lankan economy was severely affected by the LTTE war from 1983 to 2009. It was recently hit by a series of blasts in Sri Lanka and a new outbreak of crown pneumonia in 2019.

Political commentator Seneville Ratney told the South China Morning Post: “It is interesting that the Rajapaksa government is very strong now. “It does either say ‘no’ to Washington or welcome you.” It shows that he is ready to sign an agreement with the United States. In addition, Seneviltrani stressed that Sri Lanka will not have a general election until 2024, which also gives Rajapaksa greater political influence.

“However, the Sri Lankan government can wait until the end of the US general election on November 3 before making a decision. The result of the general election will determine whether Sri Lanka will renegotiate a deal with the winning Democratic candidate for President Biden or continue with the re-elected Trump. “Deal with that,” Senevilni said.