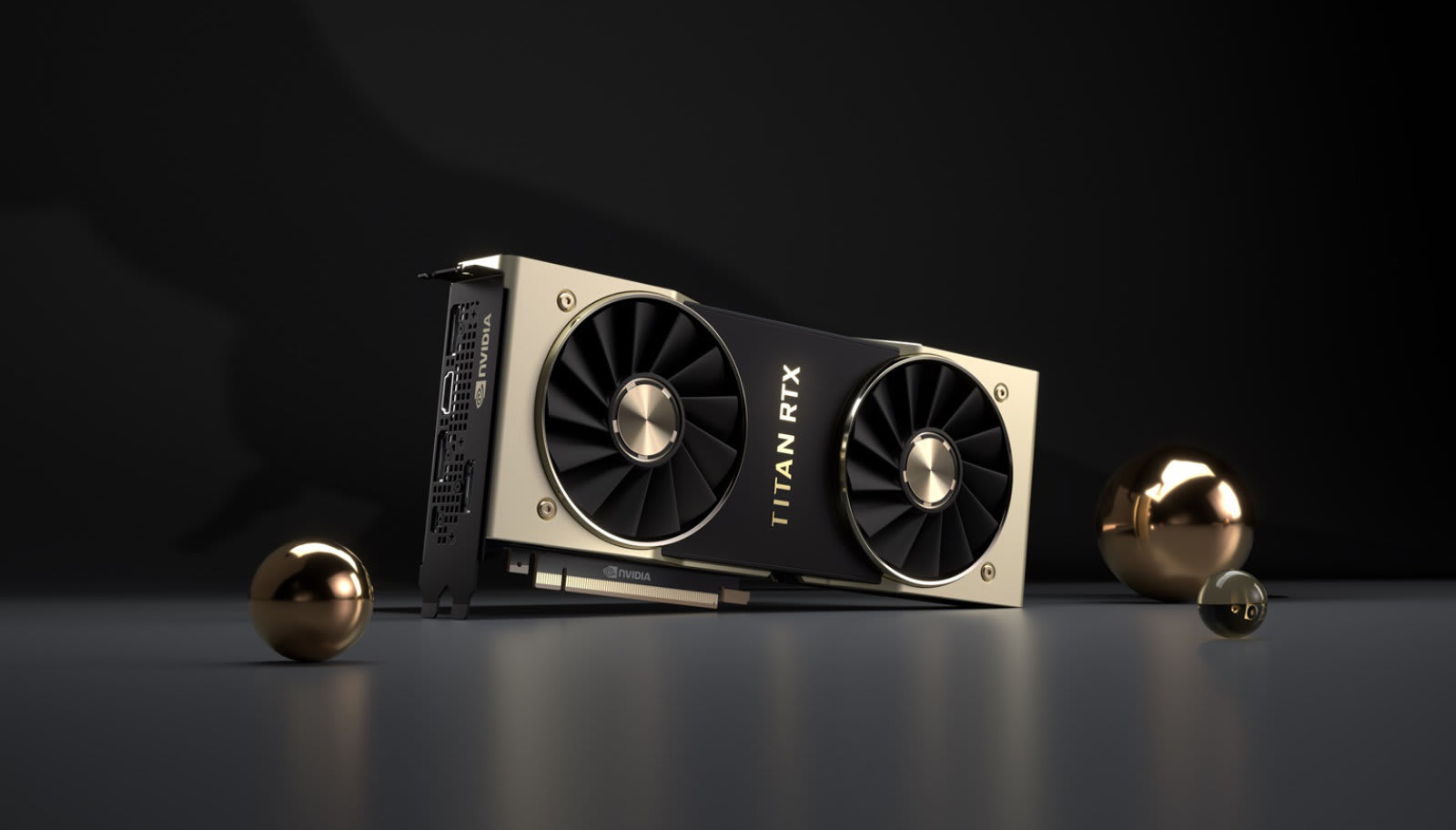 NVIDIA officially announced this new graphics card after several red networks "unintentionally" discovered the Titan RTX. As expected, the Titan RTX is equipped with 72 cores from the Turing RT, 4,608 CUDA cores and 576 cores of the tensors, and uses 24GB GDDR6 VRAM. Its price should be sold at $ 2,499 (about 17,200 yuan), and this is not so much a consumer product. It's better to point to the Titan V series.

For comparison, the corresponding RT cores and CUDA cores on the RTX 2080 Ti are 68 and 4.352, respectively. Quadro RTX 6000 for workstations has the same RT, CUDA, Tensor and VRAM specifications as Titan RTX, both have built-in full graphic TU102. It is worth mentioning that you can bridge two Titan RTXs together with this Titan RTX NVLink Bridge bridge of $ 80 (550 RMB) to provide dual VRAM and 100GB / s total bandwidth.