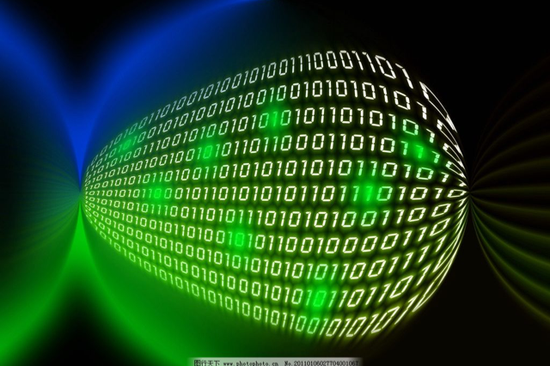 From the 24th to the 25th, Qingdao Dagan no. 3, cheering and shouting. Maritime officers and men, who visited ships and Chinese ships in different countries, participated in basketball, football, pitch, table tennis and other competitions. They sent a happy and lively scene and continued to celebrate the 70th birthday of the Navy.

In the past few days, Qingdao, the 70th birthday party of the People's Navy, has provided precise, enthusiastic and efficient service guarantees and colorful celebrations for multinational maritime activities, creating a festive and peaceful festive atmosphere.

In front of the navy, streets and streets along the shores of Qingdao, naval elements gradually increased. Sculptures, logos and flags with the theme of the Navy Festival can be seen everywhere, dressing the streets of Qingdao.

Qingdao HarborThis is one of the main activities of the activities of multinational maritime activities. Upon arrival in Qingdao, foreign warships arrived, and there are numerous activities organized by naval officers and men. With the theme of "flowers that flourish and style the pier," the Qingdao port has embellished and beautified the port, planting over 60,000 square meters of seedlings, creating 6 green landscapes, creating 127 flowers, 44 flower beds and transforming styles. 22 groups. At the same time, more than 20 bilingual port maps were set at key points in the port areas of the port, detailing the terminal location, service points, outbound channels, and medical care facilities.

At 10:10 am on the 21st, the South Korean "Kyoto" frigate slowly entered the Qingdao harbor. The port workers in Qingdao, who were already ready for the docks, cleaned the cables in less than 5 minutes. Park Longtian, captain of the frigate "Gyeonggi" on the bridge, gave thumbs up. According to reports, the warships entering and leaving the port should be assisted by an auxiliary ship. The Qingdao port sent 20 storm storms and 6 pilot boats, carefully selected 7 terminal managers, 30 mechanical drivers and 45 pilots to provide protection to the ship.

Captain Liu Pindz and his team boarded the ship every day at 4 or 5 in the morning, busy until 7 am, on average 5 to 6 departures per day. "We want to provide a better service guarantee and to overcome this glory!" Said Liu Pindz.

The coastal area of ​​Shinan District in Qingdao is a famous tourist attraction. In order to meet the officers and soldiers accompanying the ship at home and abroad, the southern city promoted "landmarks" around the Olympic Center for Sailing, Wusi Square and the Hong Kong Road, in accordance with the idea "to pinpoint the boutique, the line in the green corridor and see the landscape on the surface. " The environment is equipped with special objects such as typical flowers, knot green carvings, colorful flower stands, etc., adding perennial flowers, floral borders and ornamental grasses on the corners and the path green belts and setting different flowers at the intersection of the main road junctions. Flower ball and green sculpture. The green and colorful streets attract the officers and soldiers they visit to photograph.

During the event, municipal public security in Qingdao, the defense border, volunteers and other teams also actively provided them with warm and cautious service to seamen from different countries to ensure safe and uninterrupted progress in the activities.

The Qingdao Public Security Department provided assistance to foreign officers and soldiers for fees and lost items. At 13:32 on the 22nd, two Thai sailors reported to the traffic police on the duty that their documents might have been lost in a taxi and sought help. Upon receipt of the police, the Public Security Bureau of the Public Security Bureau of the municipality started a emergency plan and organized police stations, maps and foreign affairs to reach the scene. That night, the Thai sailors returned the lost documents and praised the police.

In the afternoon of the 20th month, the naval liaison officer called for help. The commander of the patrol ship Brod, Dalutakva, Neuman bin Hadzi Aba Lehman was accidentally crushed by an impassable door during the flight. Immediately needed for the landing for treatment, the ship will lie in Qingdao Pier at the 21st Qingdao Border Defense Station immediately launched a plan for emergencies to allow injured people to receive treatment on time.

The volunteers in Qingdao are welcomed by friends and guests at home and abroad with full spirit and good professionalism. The Qingdao Youth League Committee and the Municipal Youth Volunteer Association recruited 600 volunteers from the English University, Shandong University (Qingdao) and Qingdao University, and conducted a large number of volunteers in English, Russian, Japanese and Korean. Training on ethics for foreign affairs, services for large conferences, etc. Out of the 13, the first group of volunteers were on duty, coordinating the traffic, security, journalism services and joint military music services.

According to reports, during this period, Qingdao City chose excellent programs for participation in cultural performances, such as multinational maritime military exhibitions for military music, organized people to visit Chinese and foreign open ships and perform special activities such as the ocean, maritime power and naval propaganda. Some elementary and high schools in Qingdao produced maritime thematic newspapers, and some citizens jointly blessed and celebrated the People's Navy's 70th birthday with volunteerism as a naval museum lecturer and warships models.