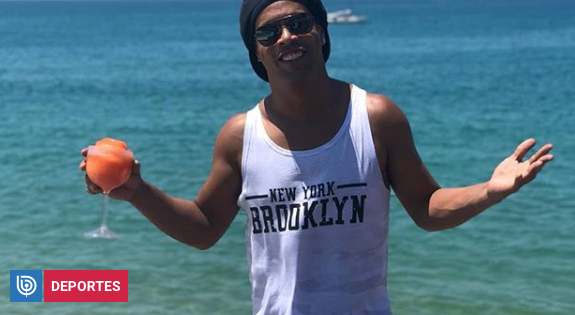 That Ronaldinho generates more news out of the field, which is something familiar in them. Even before his retirement, the Brazilian ecstast was more concerned about his scandals or eccentricity, and now that his retirement is consumed, it seems to be more permanent.

Now, and according to La Vanguardia, Ronaldinho returns to cover in the Brazilian media for continuing his love affair with his two girls Priscilla Coelho and Beatrice Souza.

Although speculating that Ronaldinho could even marry two women in his Rio de Janeiro building, the former player denied the information, assuring one month ago that he would end this polygamous relationship.

However, the Brazilian press returned to the indictment, ensuring that the trio is again a reality. And that, even, Ronaldinho will decide to give his two couples a second chance to spend the New Year together in the famous spa of Rio de Janeiro.

According to the Journal Extra, Ronaldinho began first with Priscilla Coelho, who sent photos of them together in various cities on the planet, and later joined Beatrice Souza, without it being a problem for either of the two women.

Among the information that emerged, the Brazilian media reported that player gives each of them a payment of 1,500 euros per month so they spend what they want.

It should be noted that the former Barcelona player and the Brazilian team are faced with environmental damage requirements caused when, along with his brother Roberto de Asis Moreira, they built illegally in the area of ​​conservation in Porto Alegre.

Ronaldinho had to pay fines and several of his assets were requisitioned. However, there seems to be no shortage of time or money to have fun with their partners.