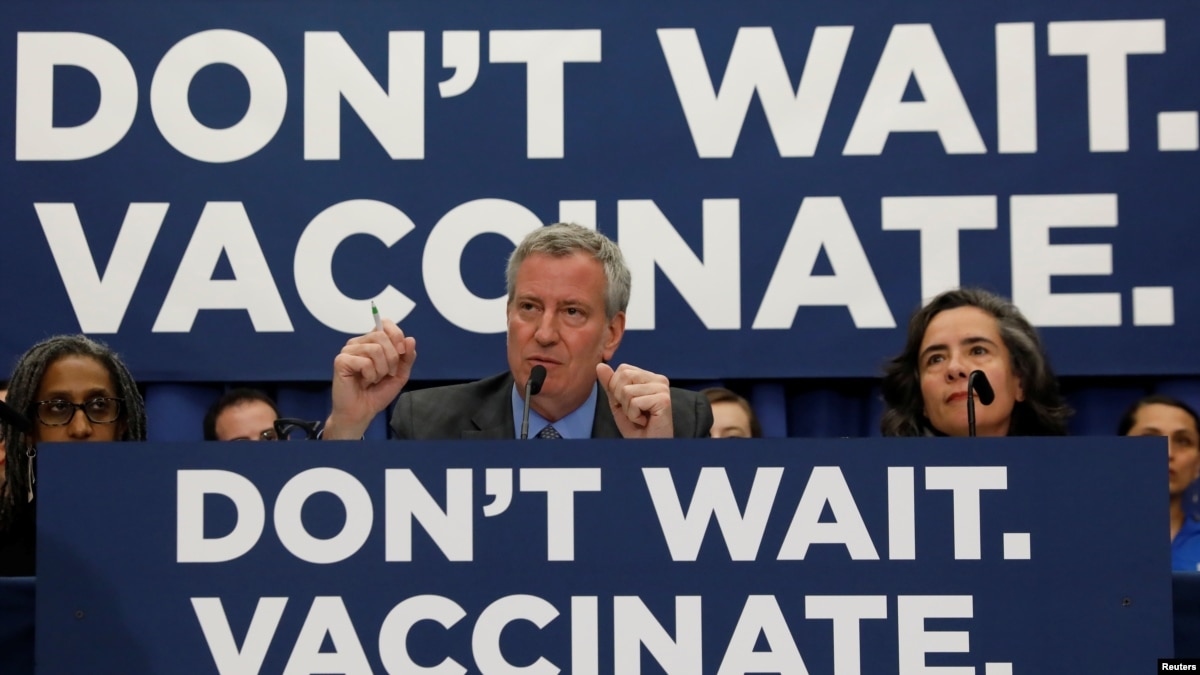 President Donald Trump urged Americans to vaccinate against measles due to the emergence of a highly contagious virus in the United States. UU that forced two universities to quarantine hundreds of students, professors and other employees.

Trump in the White House said the public "should be vaccinated" to protect themselves from a virus that was considered rooted in the United States almost 20 years ago.

There were nearly 700 cases in 22 countries, Centers for Disease Control (CDC) reported on Wednesday, the highest level in 25 years. The CDC partly attributed the increase in misinformation to the safety of the measles vaccine.

The beginning of the epidemic is returned to the Orthodox Jews who caused this disease while traveling abroad. Cases are concentrated in a small number of countries, including New York, New Jersey, Michigan, and Washington.

Cases were also confirmed in California, where public health officials ordered quarantine for dozens of people, Tuesday, at the University of California, Los Angeles, and the California State University, following exposure to the virus earlier this month.

CDC recommends vaccines for people older than one year, except for those who have chickenpox like children and have since become immune.

The vaccine, which was available for the first time in the 1960s, is considered safe and effective by most public health experts.