The second femicide of the year occurred in Rancagua: the aggressor admitted a few hours after killing his partner National 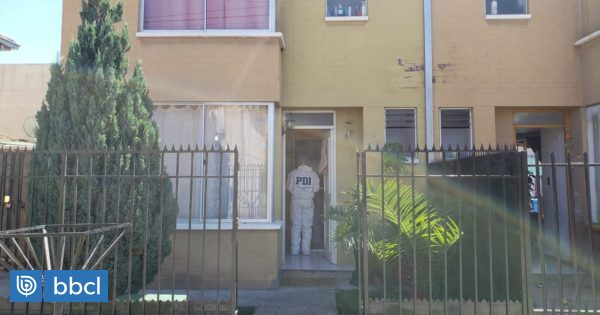 On Tuesday, the first femicide of 2019 in the country was registered in Puerto Montt. Thus, the second crime of these features was presented in Rancagua, allegedly at night the same day the first to mark the year in the Higgins region.

The murder happened in the sector Forests in San Francisco, in the same commune. The victim, Sandra Poso, aged 49, and had three children along with her aggressor (among them, a minor) who were not at home during the crime.

The investigation started when the killer acknowledged the fact, this morning, before the First Police Station in Rakangua, for which the public prosecutor was informed.

The victim was found on the second floor, especially in his bedroom, with three cutting wounds in the chest, made with a knife, which was seized, according to Morales.

The first entry shows it there were no previous complaints from VIF and that the motivation of the aggressor would be jealous. Commissioner Juan Reyes, head of the BH, suggested that a note from the perpetrator was a report on women's infidelity, information that should also be investigated.

Defendant He was arrested by Carabineros and this Friday will be made available to the prosecution to be formalized, waiting to stabilize after self-injury.