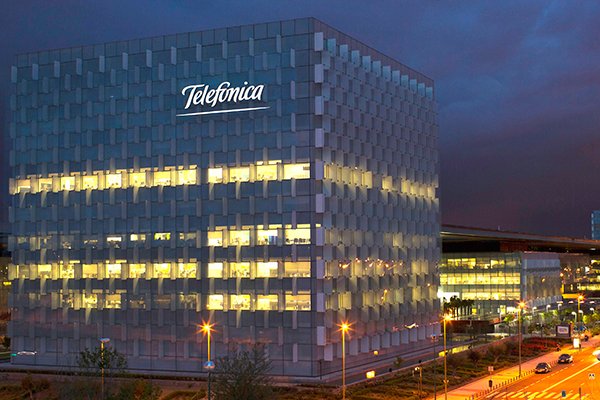 The operator will close the sale after returning Easter from a portfolio of 25 centers located in the United States, Europe and Latin America, including Chile.

Telefónica continues to accelerate its layoffs and continue to reduce its core debt. According to Financial sources of Expansión, the operator expects to close the sale of its data center after Easter after analyzing the binding offers submitted a week and a half ago.

One of the candidates best positioned in offering to take over this portfolio of centers is Asterion Industrial Partners, a fund founded by Ils Olmos, former director of the KKR, in November last year. Another example of the process fell, for example, one of the names that sounded strong in the market, such as the Brookfield Infrastructure Fund.

On the other hand, according to financial sources, two other investment vehicles, EQT and I-Squared Capital, as well as two companies in the sector, invested with a strategic profile, such as US companies Digital Realty and Equinix, have shown great interest. "The transaction will close in a few weeks, is expected after the holidays," sources familiar with the process say. Telephone sources did not want to comment.

Telefónica has 25 facilities distributed throughout the United States, Europe and Latin America. From this portfolio, eight centers are located in Spain, three in Brazil, three in Colombia, three in Ecuador, two in Peru, two in Chile, two in Argentina, one in Miami and Mexico. "Telefónica, as part of its portfolio management strategy for value creation and strategic positioning, is investigating the possible sale of some of its data centers, which can lead to one or more transactions," according to the company. operator in the statement to the CNMV on February 8.

At that time, the Bank of America and BBVA, Telefónica advisers on the market, already defined the perimeter of sales. The transaction is now so advanced that the buyer would already have designed financing. In particular, Santander, BBVA and a French bank, expected Crédit Agricole, are among the banks that will support the buyer.

It will be the second investment made by Olmos with Asterion. The first was recently announced when it invested, together with the French fund Mirova, in Proxisar, specializing in energy services. The fund was born with a target of 850 million, although it has so far made the first closure of Asterion Industrial Infra Fund I to 519 million euros and co-investment of other participants for another 120 million euros. It will not be the first transaction Olmos does with Telefonica. He participated in KKR for the purchase of 40% of Telxius, which amounted to 1,275 million. In addition, he signed for Telefónica's former director of strategy, Sebastian Urban-Munoz, considered one of the leading experts in the telecommunications sector.

With this new sale, Telefónica will be able to reduce the debt to under 40,000m euros, good news to move to the market in the next presentation of the results of the first quarter, scheduled for May 10th. Already, it was almost under this psychological barrier, something that was not achieved for more than a decade after knowing that the Treasury would have to return taxes paid to corporation tax between 2008 and 2011. The company will receive for that concept at least 702 millions of euros, although the group plans to demand also interest for late payment.

The net indebtedness, according to the latest Telephonics accounts, decreased by 2,445 million at the end of 2018 to 41,785 million euros, down 5.5% from the previous year. Because Jose Maria Alvarez-Paleet presided over the company – April of 2016, the group cut its debt by 12,000m euros.

Taking into account the disinvestment of its businesses in Central America and the insurer Antares, closed in this fiscal year of 2019, debt will fall to 40,400 million euros. For this we will have to take 702 million from the Ministry of Finance and 600 million from the sale of the data center. Yes, by applying the new international accounting standards of IFRS 16, there will be a rebound of 7,800 to 8,100 million, according to the operator.

Apart from these debt reduction efforts, Telefonica also performs more efficiently its obligations. It already has more than 75% of its fixed-rate debt, which protects against a possible increase in interest rates. Now there are 7.400 million hybrids, a debt that only calculates 50% as a liability (the remaining 50% are capital) and therefore enables debt rates to improve.

In the same savings, Telefónica worked to broaden the average lifespan of its debt (now 10 years, the longest term for Ibex's major companies).