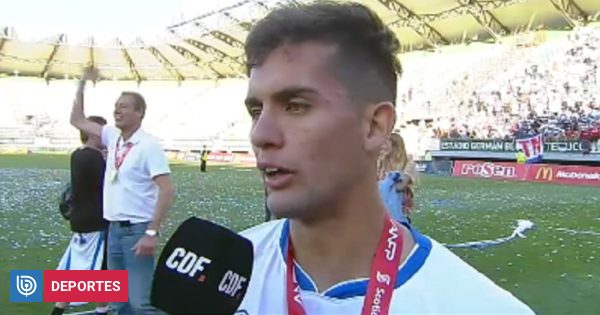 Among the celebrations there was an image that attracted our attention. The hasty singers sang together with the Catholic fans, while the journalists tried to talk to the players.

In the middle of the celebration, the unsealed Jose Maria Buljubasic was noticed, who appeared behind Ignacio Saavedra, who was interviewed for the CDF.

In the middle of the conversation, a sports manager appears jumping and chanting a song with the lovers of the scrambler. "A minute of silence, for chuncho who is dead", said the song that "Daddy" approved.

Apparently, a sports manager at the Catholic University has a special commitment to this title achieved by "Crusaders".

Watch the video in this link.