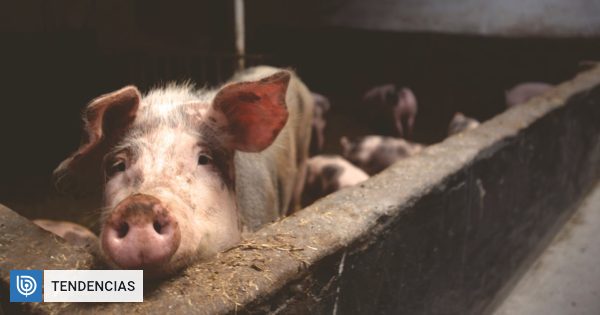 A group of researchers has managed the return of certain neuronal functions to the brain of dead pigs for several hours, a milestone worth a science fiction, which in no way proves that resurrection is possible.

A study published Wednesday in the journal Nature suggests that the examined brains did not disclose "any electrical activity that would involve a phenomenon of consciousness or perception".

"They are not living brains, but the brain whose cells are active", says one of the authors of the study, Nenad Sestan.

According to this researcher at Yale University, these works show that "we underestimated the capacity of cellular brain reconstruction".

In addition, they suggest that the deterioration of neurons as a consequence of "interrupting blood flow can be a long-term process," according to a Natural Report.

The brain of mammals is very sensitive to the reduction of oxygen provided by the blood. Therefore, when the flow is interrupted, the brain ceases to be oxygenated and the damage is irreparable.

Researchers are used 32 brain grain pigs killed 4 hours. Thanks to a pumping system called BrainEx, they were irrigated for six hours with a solution at a temperature equal to that of the body (37 degrees).

This solution, a blood substitute, was designed to oxygenize the tissues and protect them from degradation resulting from interruption of blood flow.

The results were enormous: reduced destruction of brain cells, preservation of circulatory functions, and even restoration of synaptic activity (electrical or chemical signals in the field of contact between neurons).

According to researchers, the study could provide a better understanding of the brain, studying how it degrades post-mortem. It will also pave the way to future brainstorming techniques after a heart attack, for example.

Theoretically, in the long run, it could serve to resuscitate the dead brain, something that is impossible for now.

"The immediate challenges that pose these results are primarily ethical," said Professor David Mennon of the University of Cambridge, who did not take part in the study.

Open the question of "what makes the animal or man alive," other scientists say in a comment published parallel in Nature.

"This study uses brains of pigs that have not received oxygen, glucose or other nutrients in 4 hours, thus opening up opportunities so unimaginable", according to Nita Farahany, Henry Greely and Charles Giattino, respectively Professor of Philosophy and Neuroscience specialists.

According to these experts, the study could highlight two scientific principles.

"First, the fact that neuronal activity and awareness is definitely interrupted after a few seconds or minutes of interruption of blood flow to the brain of the brain."

"Secondly, the fact that if the circle of circulation is not restored quickly, an irreversible process is triggered, leading to the death of cells, and then to that of the organ," they say.

These three experts are committed to establishing "directives on scientific and ethical issues raised by this study".

In another comment published by Nature, bioethics experts emphasize that the development of BrainEx technology can damage the organ donation in the long run.

For transplantation, most organs are removed from donors that are dead in the brain. If this country is considered reversible, what will happen to the donation?

The Farahany, Greely and Giattino Trio quotes a phrase from the 1987 1987 "Promised Princess" film: "There is a small difference between almost dead and completely dead (…) almost dead, still a little alive," says the healer in the film.