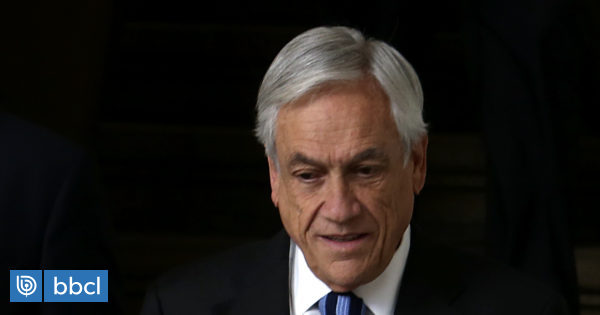 Overnight this week, the president Sebastián Piñera delivered its message by the end of the year through the national network, noting the achievements of its period and ensuring it the country is in a good situation, which according to him will improve positively with a series of changes planned for 2019.

The changes in Karabineros, the PDP, the health system and the labor system are the main points addressed by the president, who started his message with a reminder that there was an institutional and social crisis in the country during 2018, which mainly affected the uniformed police and the Catholic Church, among other things.

Some of the issues highlighted by Sebastian Pinera were the "order" imposed on the migration situation in our country and the progress in the fight against violence and discrimination against women.

But he also stressed that 79 per cent of Chileans would be happy, according to figures he did not specify, but they were obviously taken from the study "How Happy Are We Chileans?" From Gfk Adimark in March, which indicated that in 2017, 69 percent of Chileans felt happy with their lives.

"Without a doubt, the news for this year that most welcomed our hearts was that 79% of Chileans feel happy. The highest figure of this indicator is measured", he stressed.

"We are fully committed to the advancement of an individual and inclusive Chile, more tolerant and respected, with greater justice and solidarity, and with less violence and more peace", he was convicted.