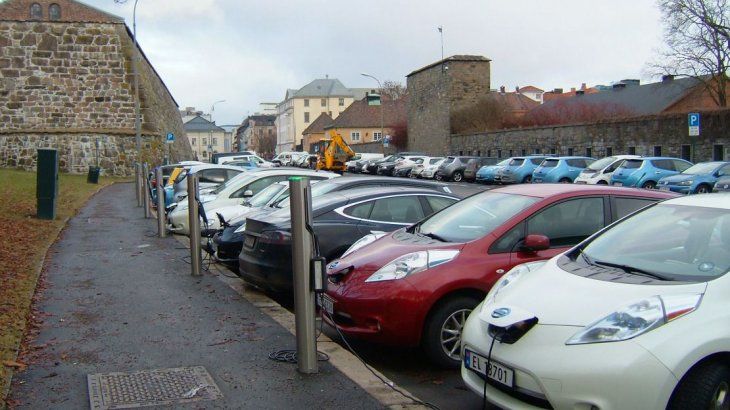 In an attempt to reduce carbon emissions and air pollution, Norway releases most car tax batteries and offers benefits such as free parking and charging places to accelerate the change from diesel and petrol engines. .

Independent Norwegian Federation of Roads (NRF with an acronym in English) announced on Wednesday that sales of electric cars rose to 31.2% last year, from 20.8% in 2017 and only 5.5% in 2013. In contrast, sales of gasoline and diesel cars have fallen.

"It was a tiny step towards the goal of 2025," said Eisenhower Solberg Torsen, head of the NRF., referring to the year in which the Norwegian Parliament wants all new cars to be without emissions.

However, the organization warned that there a long way since two thirds of the 148,000 cars sold in 2018 in Norway were fueled by fossil fuels or hybrids, which also have a battery and an internal combustion engine.

Sales figures consolidate Norway's global lead in the sale of electric cars per capita, consolidating the efforts of the largest oil and gas producer in Western Europe to make their economy more sustainable.

On International Energy Agency (AIE), which uses a slightly different criterion for electric vehicles including some hybrid vehicles, showed that Norway's share of the market was 39 percent in 2017, well ahead of second place, Iceland, with 12 percent and Sweden, which ranked third with six percent.