Movistar issues Subtel to allow the use of 3.5 GHz band of Entel and Claro and scale claim TDLC 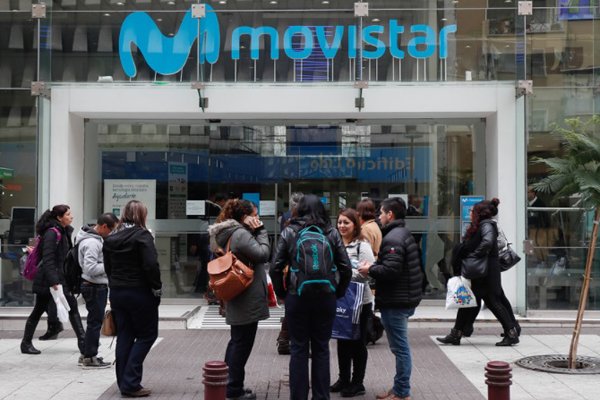 He accuses that both companies provide services in this band, except those that were authorized.

A new advantage has emerged in disputes occurring in the telecommunications sector. This, because Movistar entered the request to the Free Defense Defense Court to determine if the resolution where the body only partially freezes the 3.5 GHz band generates benefits for Entel and Claro, in anticipation of the 5G technology offer.

To implement this technology, Uttel decided to freeze the use of that band, where these two companies have national coverage. After the opposition of national and Mexican firms, the government partially changed the measure, where companies are developing fixed services through wireless networks.

Therefore, before the TDLC, Movistar asked to assess whether the fact that Entel and Claro can continue to develop part of the 3.5 GHz band, leaves them better positioned when 5G is offered, and can offer the service ahead of the rest.

"The performance of Subtel's resolutions can generate anti-competitive damage, unless the necessary safeguards are taken to prevent judges in the 3.5 GHz range from gaining artificial and insuperable anti-competitive advantages that allow them to exclude their competitors in the mobile telecommunications industry and are competing outside the concession structure of the market, designed by ex ante regulation for injection competition, "the document says on page 21.

Regarding the facts, Movistar accuses Entel and Claro of offering services in this range, except for those that were authorized, because at the beginning when the tender was awarded in 1999, fixed telephony should have been developed, but wirelessly, which in theory would have rejected mobile technologies, which are the basis of the indictment.

"The purpose of these approval requests is to simply deploy a 5G network compatible infrastructure, which could give Entel and Claro an edge over other mobile operators, unless an adequate backup is adopted," Movistar said.

According to the Spanish company, these two companies will already have infrastructure layouts that will give them an edge in the bidding process and, therefore, if they are given space in 5G, they will be able to sell their services much earlier than their competitors.