Mercedes-Benz canceled its project to produce a pickup truck in the country – 26.04.2015 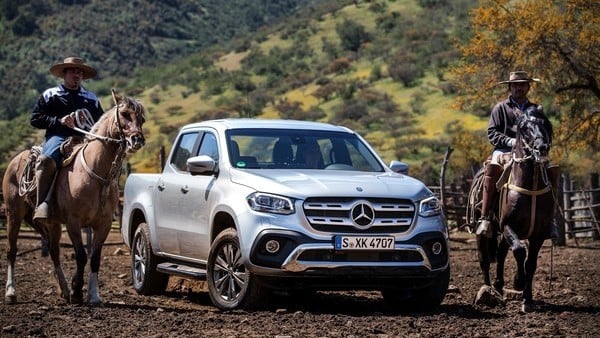 The project was delayed and the current context of the local market did not contribute to a good sense of the outcome: of course Mercedes-Benz decided to cancel the project to produce a pickup truck in Argentina.

Class X was to be produced in Cordoba, in a joint development between the German company and the alliance Renault-Nissan.

The decision to cancel the project has to do with "production costs are rising", according to the results report from the first quarter of the group.

"After reviewing the business case and aligning with the associate partner, it was decided not to produce Mercedes-Benz X-Class in Argentina," the statement said.

The report also notes that "the initial costs of new technologies, the costs of opening new products and the effects of the exchange rate"

The German brand predicts to give superior quality to the rest of the magnets on the market.

The production of the Mercedes-Benz truck in Cordoba was developed along with the Nissan-Renault group, for which a total of $ 600 million was invested among all participants in the project.

At Renault's factory in Santa Isabel today, one of the planned models is being manufactured, the truck Nissan Frontier, which debuted last year in our country as a new vehicle of national production.

The third model in question, the Renault Alaskan, it is also delayed in relation to the initial forecasts, but everything suggests that it will eventually be produced in Cordoba.