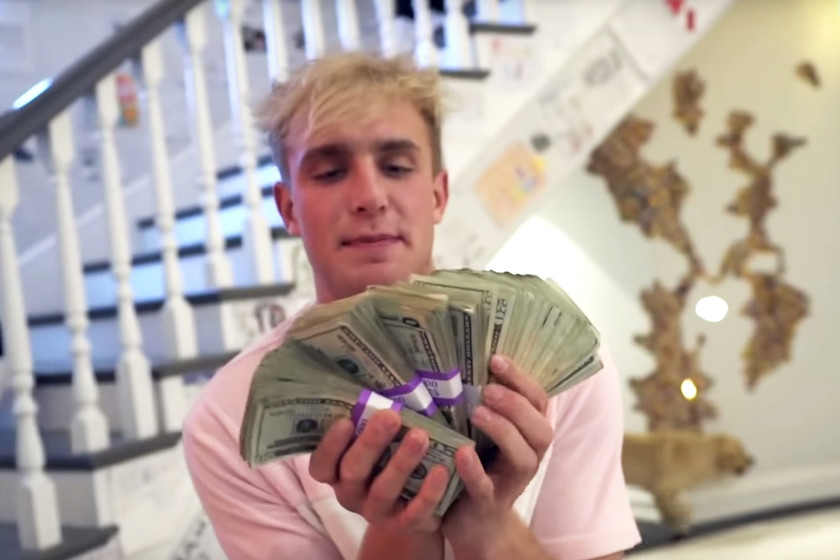 Some of YouTube's major channels receive criticism from their fans and other platform creators because they promote a company called "Mystery Brand".

Both Jake Paul and Brian Le (from the RiceGum channel) released promotional video clips, while other channels claim they have rejected $ 100,000 offered by the company for making these videos.

This is the case with well-known YouTube Daniel Came, better known as "Keemstar". In a tweet, he says that he was offered $ 100,000 to promote this website, but decided not to accept it and thus not promote the page for bets for the younger ones.

So, now it's clear that a bunch of videos will come out tomorrow @jakepaul & & @RiceGum to promote the gambling site for children!

Let's not forget that Jake Paul is YouTube with more than 17 million followers, most of whom are teenagers. In his video he says "we will spend thousands of dollars in mysterious boxes".

The work on this page is simple: Jake Paul logs onto the platform and spends $ 5,000 in mysterious virtual boxes, which can contain everything from an iPhone to Lamborghini Centrano ($ 2.5 million).

Mysterious boxes can be worth it from 2.49 dollars to an incredible $ 1,300. The secret box ensures that when you have achieved the award they will send it directly to your home.

As we can see, this company is mimicking the phenomenon of booty boxes, so common in the world of video games. This practice is hated by many gamers, and several countries (including Spain) have already teamed up to fight them.

Many YouTube users and Reddit users who used it they assure that it is a "deception", because they wait a few weeks to receive the award and they have not received anything yet.

Both in the video of Jake Paul and Brian Lee show many juicy prizes (such as Nike Air Max 97 Off-white black tennis, worth 835 dollars). However, the ordinary Reddit user, who won with excitement, complains that he got a fake T-shirt.

As this Reddit user explains, The mysterious Brand offers "unambiguous items" along with "authentic items", something that at no time is mentioned in the videos of Jake Paul or Brian Le.

As usually happens in this type of gaming platforms, the goal is to capture users by offering boxes at a relatively low cost. However the chances of winning something are really small (some just 0.0000018 percent), making the impressive audience end up crying and losing a lot of money.

As if it was not enough, in terms of the service of the company We found a phrase that raises even more doubts about its operation, because it already clearly indicates that we may not get the products we received.

"When using web services, you can find the circumstances in which your won items will not be received."

The channels with such a large audience are quite worrying (and, above all, so many young audiences) sponsor toy platforms with a pretty suspicious pattern. If it really confirms that it's a scam, YouTube should do something about it and punish it in some way.