INE: Immigrants have more years of study than Chileans National 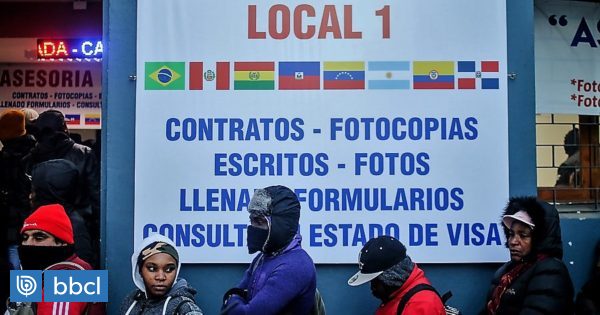 The average number of years of internships for international migrants who arrived in Chile in recent years is higher than the local population, according to the study "Characteristics of International Immigration in Chile," published today by the National Institute of Statistics (INE).

If people born in Chile at the age of 25 or older have 11.0 years of education, those who have come abroad 12.6 years of study on average, especially significant fact at times when Chile faces an explosive growth of the migrant population.

According to the latest government data, the number of immigrants in Chile exceeds one million people.

The INE study also showed that the percentage of households they live in overcrowding is higher among immigrant households.

In fact, 20% of immigrant households are in homes in this situation, a figure falling to 7% for households without immigrants.