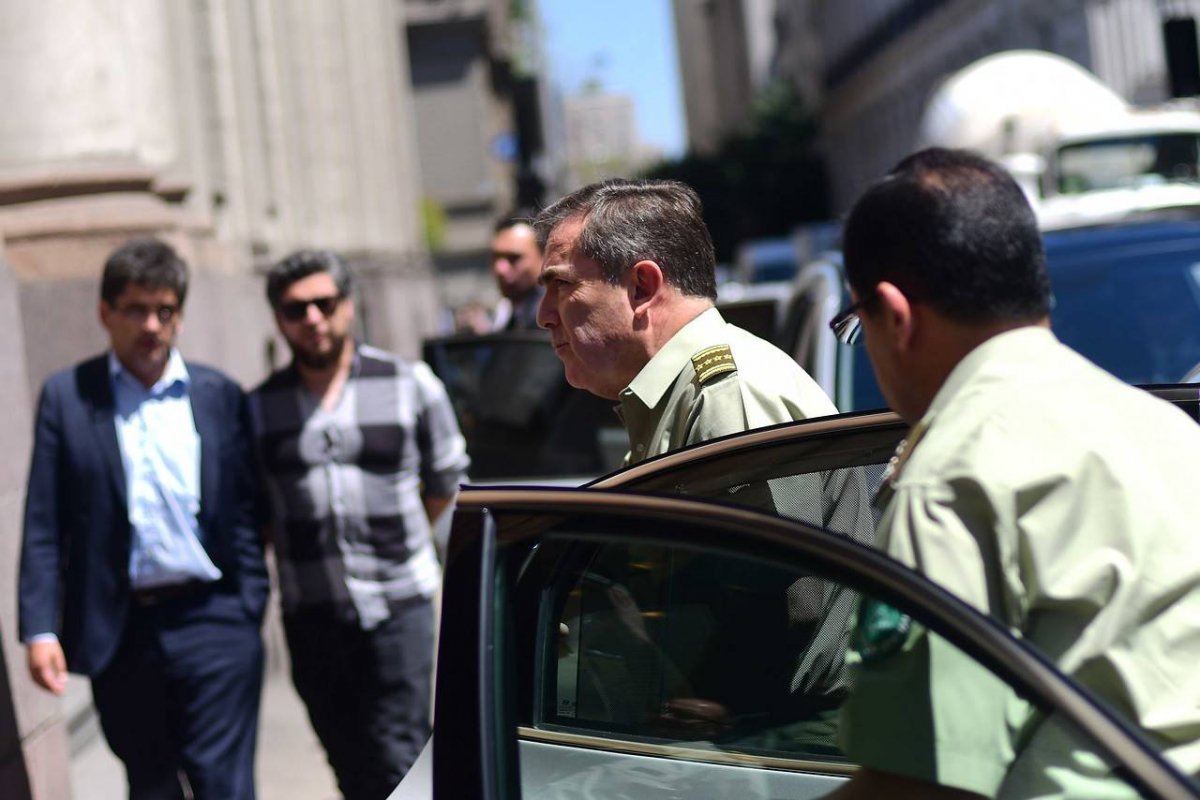 Carabineros General Director Hermes Soto was summoned to the La Moneda Palace on Monday, after which on Sunday night they began to circulate a video in which former sergeant Carlos Alarcón, charged with the murder of Camilo Katrilanka, where He confirms that he has an incitement to lying .

"We still need things to come to the fore" and "there are people who made us lie, we gave false statements and now we are the most dangerous, most dangerous for citizenship," are some of the phrases that say that the former uniformed in the video and that raised the voice the alert in this case.

Enemy environment for Soto: some demand his resignation

In this context, General Soto was appointed to go to the Palace to inform the Ministry of the Interior of the video recording – apparently done in the second Temuco police station – and what was said there.

In any case, President Sebastian Pinera is actually already aware, because he has already asked for it, in case there is someone who motivated the soldiers to lie, they should receive a "just punishment".

In turn, a government spokesman, Cecilia Perez, also pointed to the same address.

"We will be the first to seek disciplinary investigations and necessary court presentations in order to respect the rule of law, the Constitution and the law," the minister said.

Due to this new video, recorded in the second Temuco police station, there are already MPs like Gonzalo Fuenzalida (RN), who already demand General Soto's resignation.

Video in place of the Prosecutor's Office

It should also be mentioned that the search was conducted at the second police station Karabineros in Temuco, an area in which Alarcon served the preventive jail sentence by the Galilean court of Kolipurli last Friday. In this place, technically, you should not have access to technological devices such as mobile phones.

In this sense, the public ministry has already warned that it will investigate whether the words of Alarcon are correct or not, and under what conditions the video is recorded, as it is not excluded that it was during the authorized visit.

#Now The first sergeant Carlos Alarcón Molina assures that they were forced to lie behind the murder of Camilo Katrilanka.

"There were people here who made us lie," he said. pic.twitter.com/0qB83R6kTT