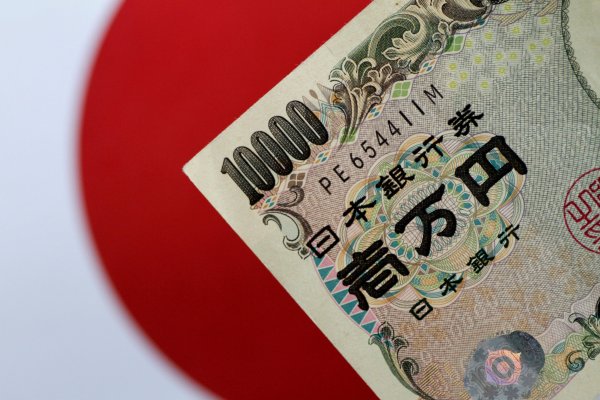 In conditions of low liquidity, the yen climbed versus the Australian dollar and lira in a wave of sales orders.

The yen took him seven minutes to reach the levels he had not seen in nearly a decade. During this period, the Japanese currency jumped by almost 8% against the Australian dollar at the highest price since 2009 and rose by 10% against the Turkish lira.

The currency rose by at least 1% against all its G-10 peers, breaking the barrier of 72 yen per Australian dollar remaining in the trade war, stock market volatility, the dispute over the Italian budget, and rising Fed rates.

Traders in Asia and Europe are still trying to understand what happened in those minutes when orders for the sale of Australian dollars and Turkish lira against the yen were accrued.

Some pointed to an increase in risk aversion caused by a decline in Apple's sales projections, while others noted that there were few investors in Japan that disarmed losing positions. But, regardless of the reason, the movements were exacerbated by the algorithmic programs and the low liquidity that triggered a holiday in the Asian country.

With the Japanese market closed for a four-day holiday this week, traders say they are struggling to cope with a surge of sales orders with unpredictable prices. After the yen surged over 105.05 per dollar, some were forced to cover their short positions in the yen, they say from the market.

"It looks more like a liquidity event because the movement took place in the window between the New York Session and Asia," said Demien Lo, CIO of the Hedge Fund of Capital Fund in Singapore, adding that "it was worsened with Japan's holiday and sales small investors. "

As a result, the yen climbed versus all currencies followed by Bloomberg, and at 9.30 am (London) it rose by 1% against the dollar, at a price of 107.78 per dollar.