It was released a few months ago and until recently there was no news. Facebook is beginning to perform the first tests of the dark mode for Messenger, your message platform.

Jane Manchoun Wong, an expert on the dismantling of social applications, is the one who confirms this. She includes series on tweets where can be visualized some screenshots to appreciate the look and interface.

Warning: dark mode is in progress

Until now it is certainly not known which countries and / or users are authorized to experiment with this option. To know whether in your particular case you are lucky or not, you must access from apartment in the "Me" menu of your Messenger account and confirm whether it appears to activate the corresponding item.

There will be a warning like that of capturing this part. It shows that it's work in progress, ie it is not a final product as such. In other words, the signature itself shows that there may be parts in which this dark mode is not displayed, as they end with final touches.

So it looks like the dark mode of Messenger 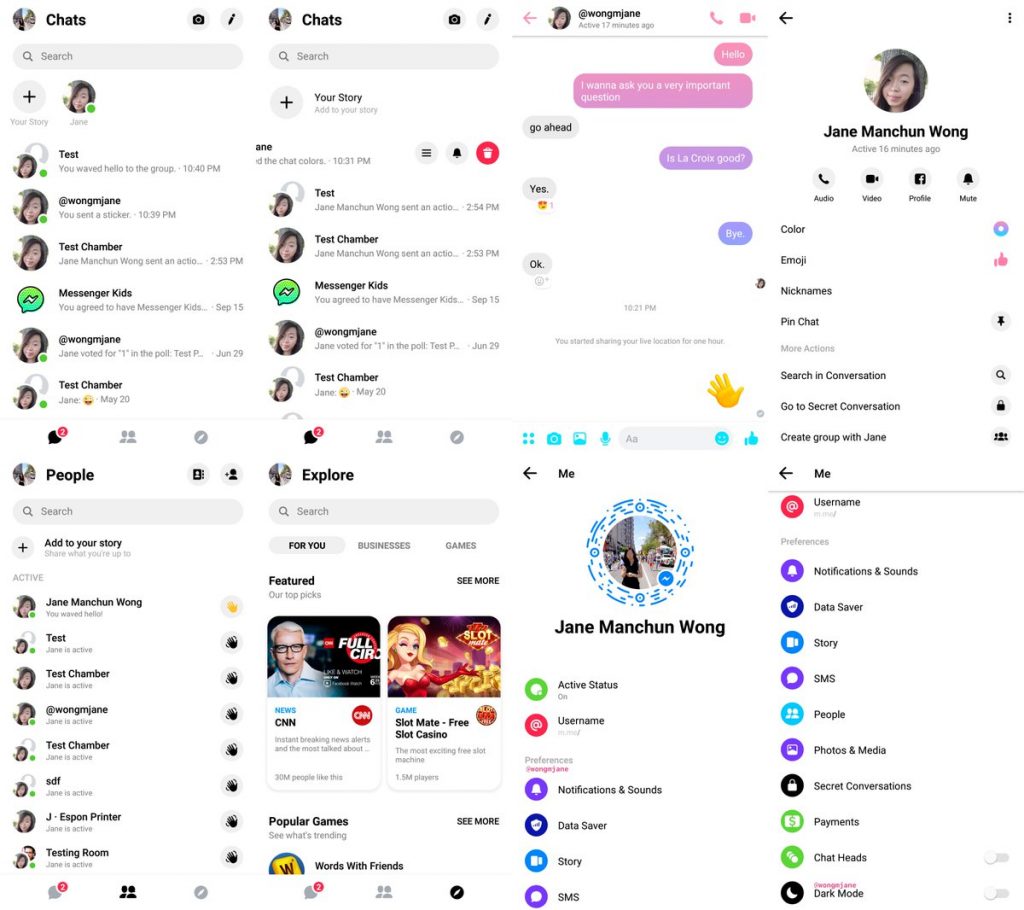 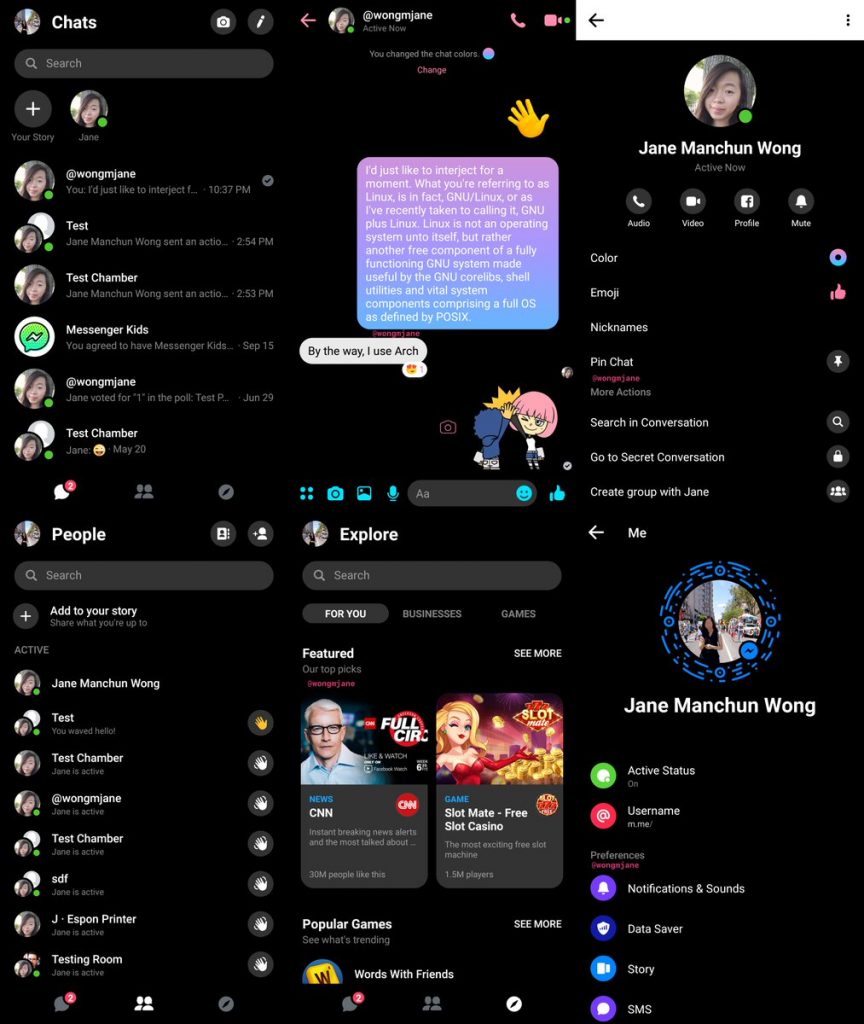 The set of images above these lines serves for contrast and visualization, which seems to be the dark mode in Messenger.

The white background, which we usually notice from now, becomes black, while the letters change from black to white. That is, basically they are given in reverse order.

In a complementary way, the search bar and some other UI elements that were light gray now get more intense gray. Meanwhile, the remaining color elements remain unchanged.

We hope that Facebook can complete its work and launch this interface for the wider public as soon as possible.